Police officers from Marsabit have allegedly arrested 4 suspects who were allegedly Busted trying to rob a motorist.

In a news report that has been shared by a reliable source of information, it has been revealed that the police were acting on a top from one of the locals who allegedly saw the suspects Robbing Residents before alerting the police.

Addressing this issue, police officers who are currently investigating this incident have revealed that they were able to arrest 4 Suspects who were taken to the police station for more investigation and questioning over the same incident

Surprisingly, it has been revealed that among the suspects were two Minors aged 9 and 11. According to the reports given by the police, they claimed that the suspects who were Robbing residents were arrested after a dramatic highway chase.

This is happening at the same time when the government through the interior Cabinet secretary, Dr Fred Matiangi has called upon kenyans to make sure they stay vigilant especially ahead of the oncoming General elections which is supposed to be held in a few months time.

While reacting to this incident, kenyans who took to their different social media accounts to express their opinions and suggestions on the matter have called upon the government to consider looking into the already increasing number of bandits in the country in order to reduce this kind of incidents.

According to the reports given by most Kenyans, they claimed that it was so unfortunate that the government is yet to do something about the increasing number of bandits and Banditry attacks in the country despite the fact that Alot of people are currently Loosing their properties and lives. 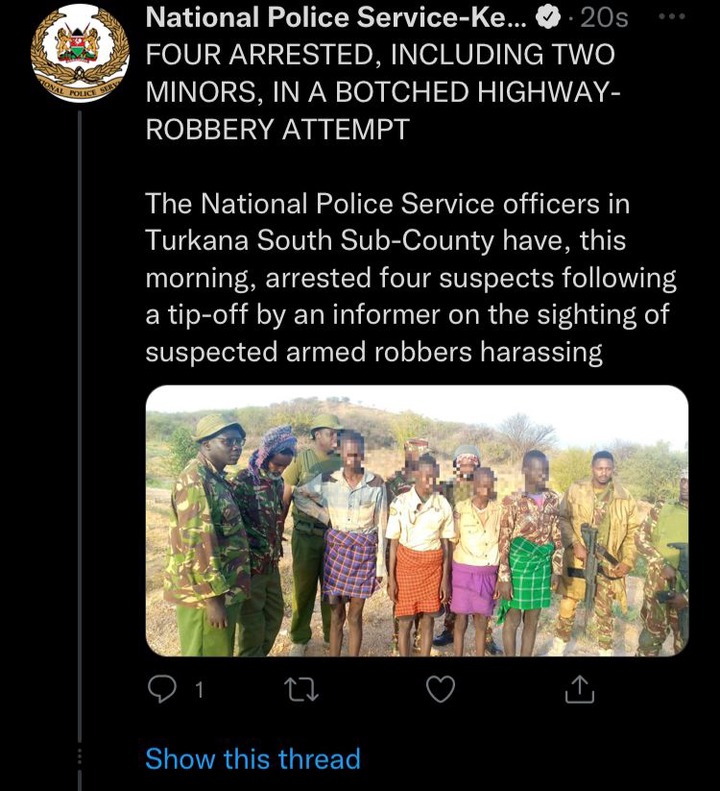 Karua's Message To Kenyans Ahead Of Presidential Results Announcement

Ruto or Raila, Independent Electoral and Boundaries Commission to Announce The Winner At 3.00pm