By Djrhymez (self meida writer) | 10 days 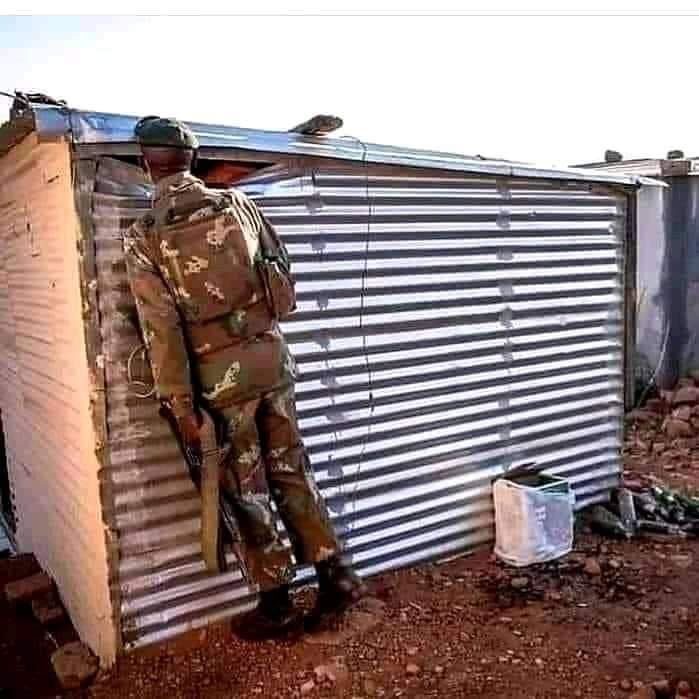 Sleuths in Isiolo are investigating an incident where a man was reportedly blown up after a police officer threw a grenade inside a pub.

According to sources, a middle-aged man from Isiolo Town is receiving treatment at the Isiolo County Referral Hospital after an explosive device went off on his groin.

The victim was at a bar in Isiolo Town, when the suspect, in his early 30s, hurled the explosive device at a woman alleged to be his ex-girlfriend. The device, however, missed the target and landed on the victim’s groin.

Shocked, the victim who was seated while taking his drink, firmly held the grenade in his hands to stop it from exploding, but it was too little too late. 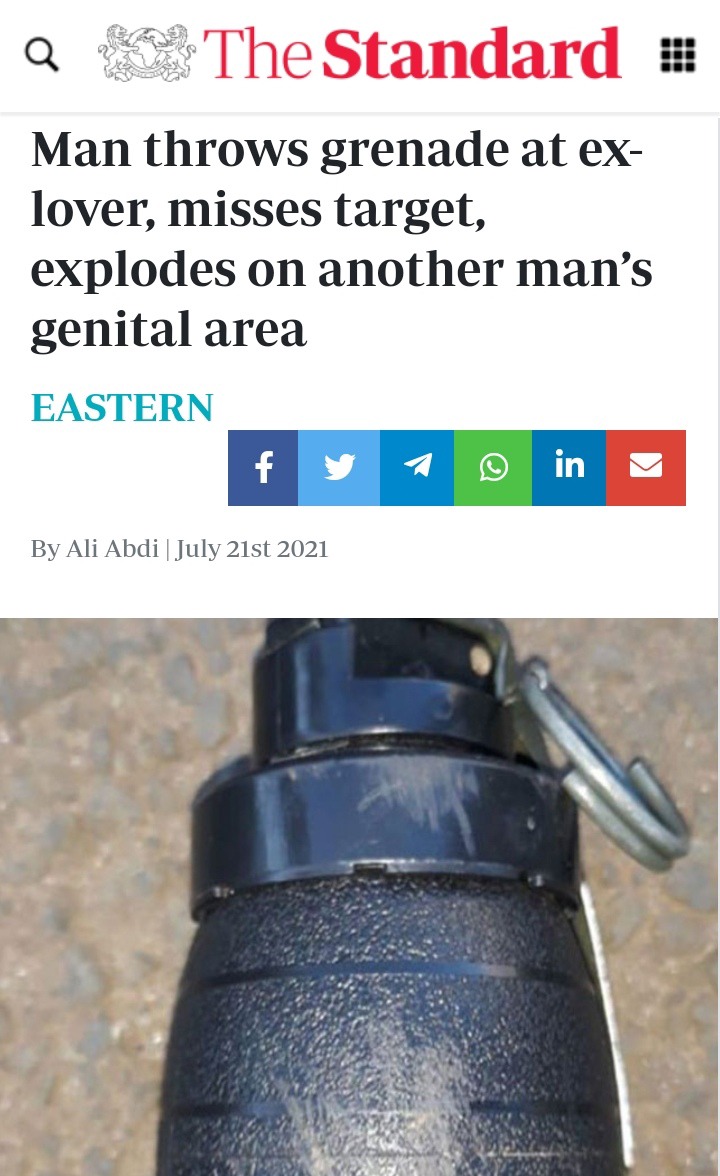 The suspect’s target, who is in her early 20s, had allegedly broken up with the man, said to be a police officer in Isiolo town.

According to detectives, the shocking incident occurred during the wee hours of the night, however, questioned have been raised as to how the bar was still operating past curfew time.

Confirming the incident Isiolo police boss George Kariuki said the bar was located in an area highly infested by twilight girls who target clients from the neighboring Meru and Laikipia Counties.

The officers also said they were yet to establish the kind of explosive the rogue officer had thrown into the pub.

It has however been established that the officer was attacking a Lady who is a KDF Soldier who was his lover but had parted ways several days ago.

The lady is said to have jumped into a new relationship barely two days after breaking up with the officer.

Doctors have however confirmed that the man is lucky to survive, they also stated that he lost his privates and a lower limb in the horrifying explosion.

A manhunt for the suspect is currently underway with officers saying he took off after realizing the damage he had caused.

Lately, police officers have been involved in horrifying incidents that have left many questioning the current policies used to train these cops. 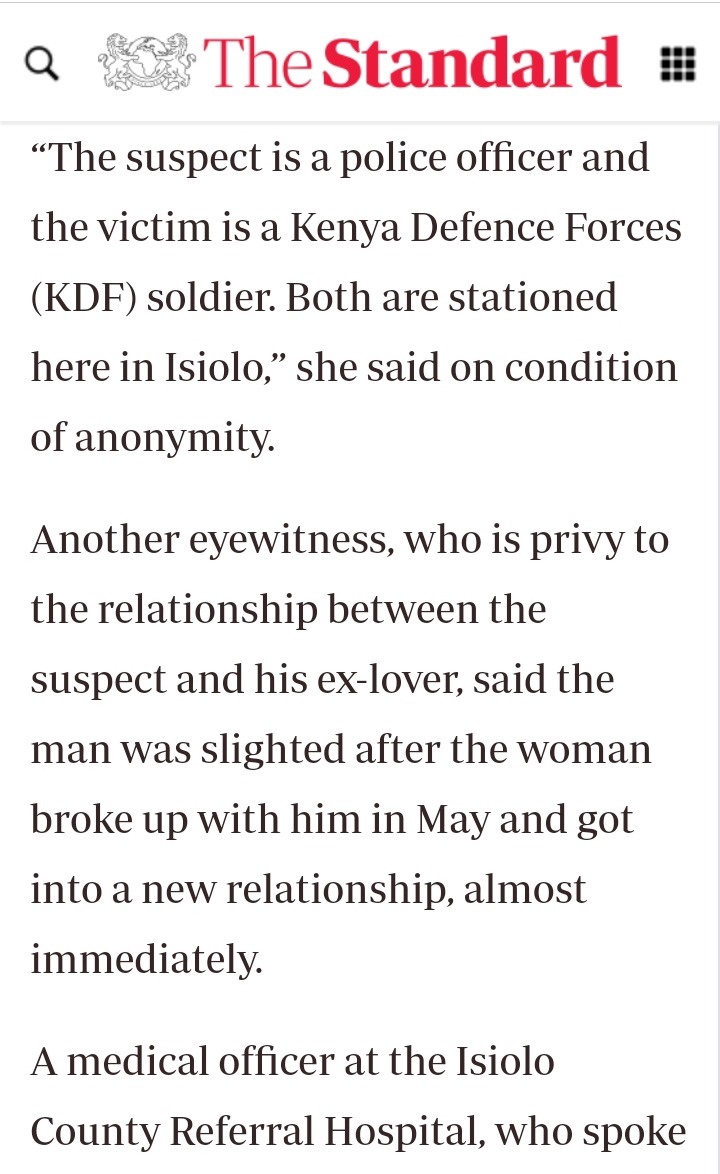