A 3 Year-old-boy Becomes a Hero for Saving his Family From Fire.

By Dailybrefingnews (self media writer) | 8 months ago 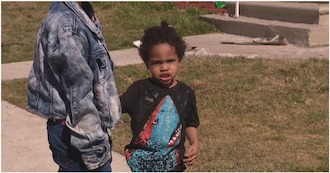 Katrina Wright a mother of five praised her three-year-old son from saving family from fire.She narrated that the boy came to the bathroom to tell them about the flame but she did not believe him untill someone else went and saw what was happening. Upon reaching they found out that what was being said was true.

Wright also told fox 2 that they were 7 people in the building that is two adults and five children who were able to escape the incident unhurt. The fire department in Detroit who came to put off the fire said that the fire was so extensive, as shown by photo taken from the inside the house, though they have not yet identified what caused the fire.

It was so amazing that a three-year-old could potentially know that fire is dangerous and cause fear among child among. This fear is what caused the three-year-old to alert his mother that the house was on firre.Thanks to the boy as this cool have caused a lot of injuries and even loss of lives to the family.

So Sad, As 1 year Old Baby Dies After Crawling Into Pit Latrine While His Mother was In The House