By KrimeExpert (self meida writer) | 25 days

Police officers are currently searching for a man who is reported to have caused an accident that claimed the lives of 5 people who were heading to a birthday party in Kisumu.

According to the reports given by the witnesses, it has been revealed that the suspect whose whereabouts is yet to be disclosed was allegedly over speeding before his vehicle lost contol hitting an oncoming vehicle.

Reports have revealed that the accident was tragic where some witnesses revealed that it was like a horror movie due to the fact that some of the passengers were allegedly thrown out of the moving vehicle.

In what might be considered as a bizzare incident, it has been revealed that the suspect allegedly performed some weird signs before the accident after which he jumped out of the moving vehicle leaving all the stranded passengers alone.

According to the reports given by the doctors, they revealed that among the deceased passengers, three succumbed to their injuries on the spot while two of them allegedly died while recovering from their injuries at the hospital.

Due to this reason, police officers have revealed that they are currently searching for the suspect who went into hiding after the incident urging any Kenyan who might have any information about his whereabouts to make sure they report him to the police station for more investigation. 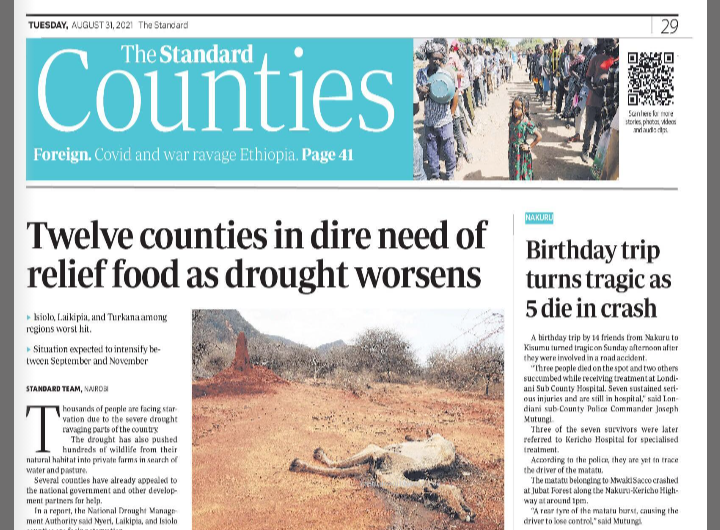 This is happening at the same time when the National Transport and Safety Authority has called upon kenyan road users to make sure they follow all the traffic rules and regulations in order to reduce the rate of accidents in the country.

If You Eat Cucumber Consistently For A Month, This Is What Will Happen To Your Body

Ways to improve your cooking