Police officers from Ruiru are currently investigating an incident that happened yesterday in the evening after the lifeless body of a middle-aged woman is reported to have been found dead and dumped in one of the GSU camps in the region after being stacked in a suit case. 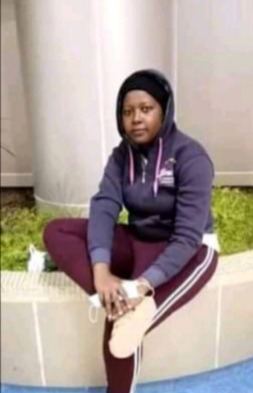 According to the reports given by a reliable source of information, it has been revealed that the body of the deceased was found by one of the residents who immediately alerted other residents along with the police officers who immediately rushed to the crime scene only to find the woman's body.

Addressing this issue, one of the police officers who is currently investigating this incident has revealed that the deceased might have been murdered elsewhere before being dumped at the scene. In his own words, he said that the body of the deceased had a number of marks on it.

"We received a call from one of the residents who alerted us about the body of the deceased that had been dumped in a suit case. We rushed to the crime scene only to find out what was happening. The body of a middle-aged woman was in the suit case. There was a writing on her thigh suggesting that she might have been involved in having an affair with a married man due to the fact that the writing cautioned all women from being involved with married men. We are yet to find out what happened or rather, who killed her", he said.

While reacting to this incident, kenyans who took to their different social media accounts to express their opinions and suggestions on the matter have called out the killer claiming that she should have gone after her husband instead of killing the deceased for her selfish reasons. 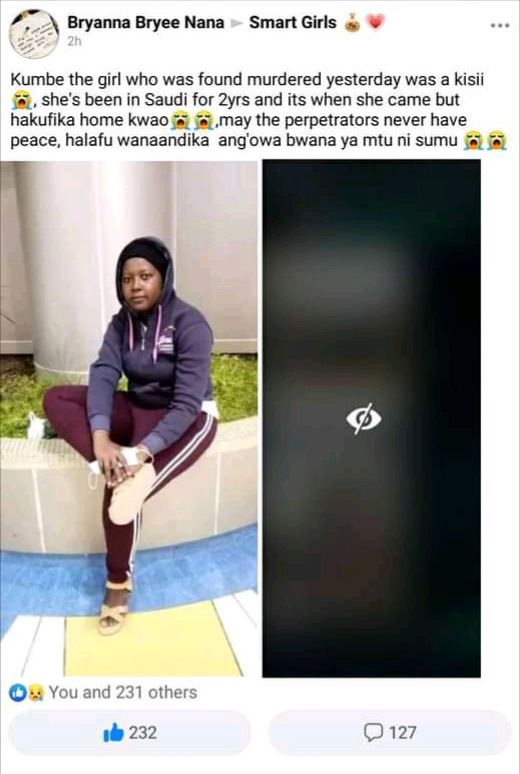 My Love Left Me For Her BFF Two Days To Valentine's, I had Planned Taking Her to Diani, Man Narrates