Police officers from Kirinyaga have arrested a man who allegedly killed another by beheading him before Dumping his body beside a river. 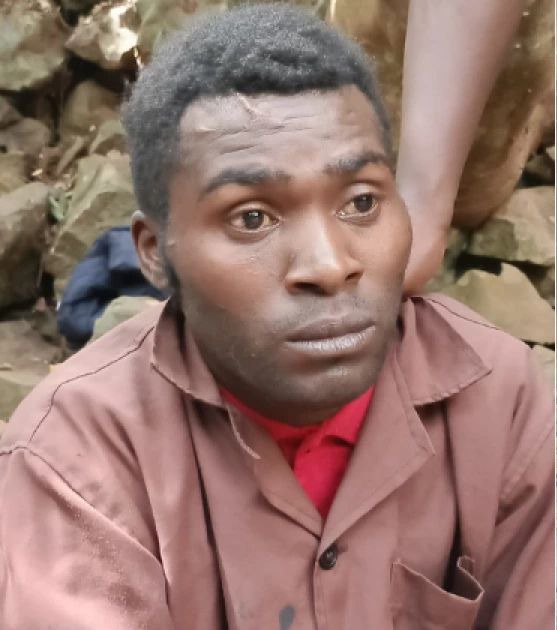 In a news report that has been shared by a reliable source of information, it has been revealed that the suspect was arrested and taken to the police station for more investigation and questioning over the same incident.

Addressing this issue, police officers who are currently investigating this incident have revealed that the suspect allegedly revealed that he was promised Ksh. 400k by a man who allegedly told him to kill the deceased over a piece of land.

Additionally, it has been revealed that the suspect has not yet received the money. According to the reports given by the suspect, he claimed that the man who gave him this missio'was did not pay him and is currently being searched for by police officers who are hunting for him.

While reacting to this incident, kenyans who took to their different social media accounts to express their opinions and suggestions on the matter have called upon the inspector General of police along with the director of criminal investigations to conduct an investigation in order to find out who paid him. 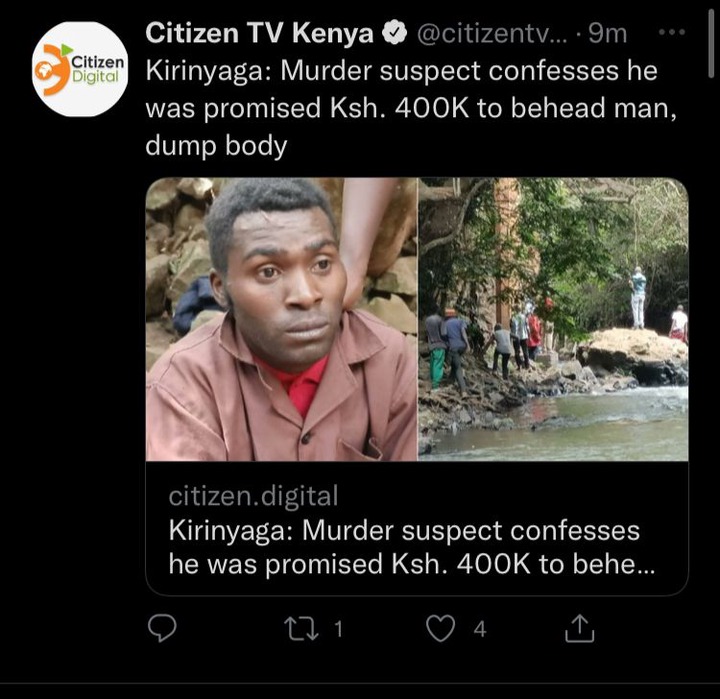