By ouchoh (self meida writer) | 1 months 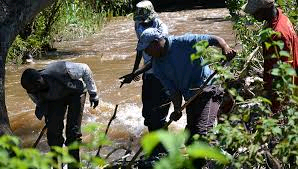 Ngulu village in Chamagaha, Siaya County were left in shock after bodies of two men were discovered floating in the Ngulu River.

The bodies were found by a woman who went to fetch water at the river on Monday morning.

The woman is said to have raised alarm attracting the attention of the locals who responded in large numbers for her distress calls.

The locals believed the bodies belonged to two men who were reported missing in Ngulu village four days ago. 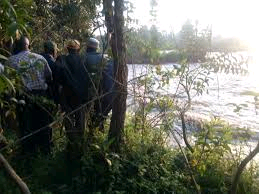 Ngulu village assistant chief Absalom Ochola who confirmed the incident said the two bodies have already been retrieved with the help of police officers from Bondo Sub-County and have been moved to Bondo District hospital mortuary.

"We reported the matter at Bondo Sub-County police station. Anyone who might have lost his loved one to avail himself at Bondo District hospital morgue to confirm the retrieved bodies," Absalom said. 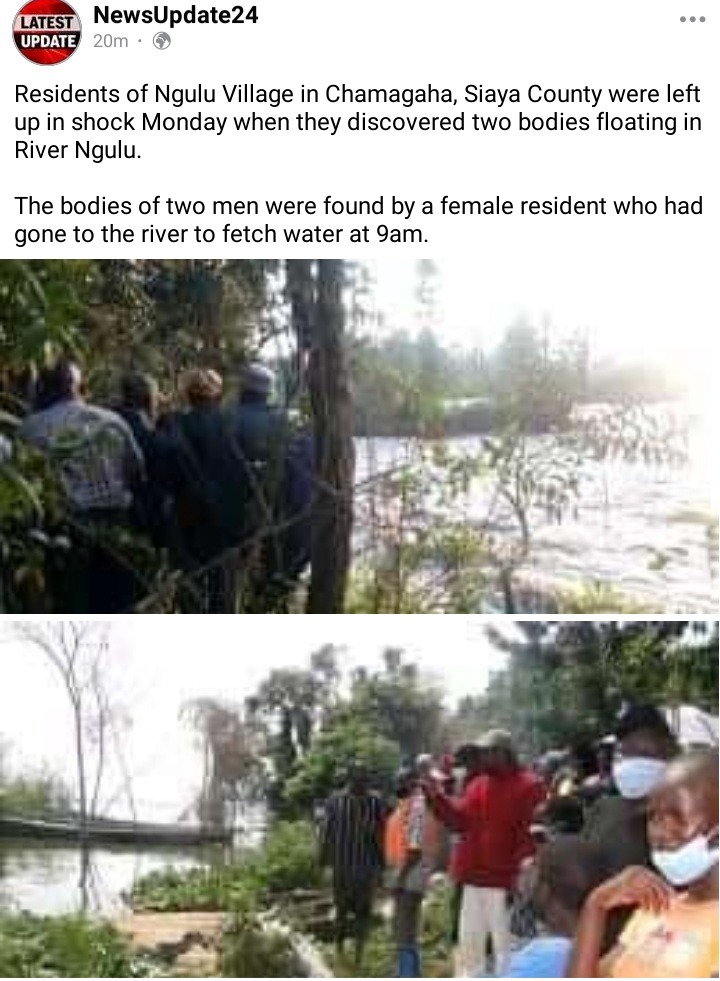 Bondo Sub-County Police commander Patrick Amollo who confirmed the incident said that police have launched investigations into the alleged incident.