Accidents on the Kenyan highways have been on the rise in the recent past with the government unsure of how to go about to mitigate this scourge that has bedeviled our roads.

These accidents, have been caused by recklessness as well as non compliance to traffic rules leading to about 2000 people being dead on the roads since January.

The National Transport and Safety Authority has always urged motorists to always be careful on the roads.

This afternoon, according to reliable reports from The Thika Superhighway, there has been a nasty accident at Kimbo in Ruiru involving a Subaru Forester and four other cars.

The Subaru Forester is reported to have been speeding when the driver lost control and hit four cars on the high at Ruiru in Kiambu County.

A mob that gathered at the scene is said to have attempted to lynch the driver only for him to be rescued by the police this afternoon.

He was whisked from the scene of the accident by the authorities for his safety after an angry mob wanted to lynch the Subaru Forester driver this afternoon. 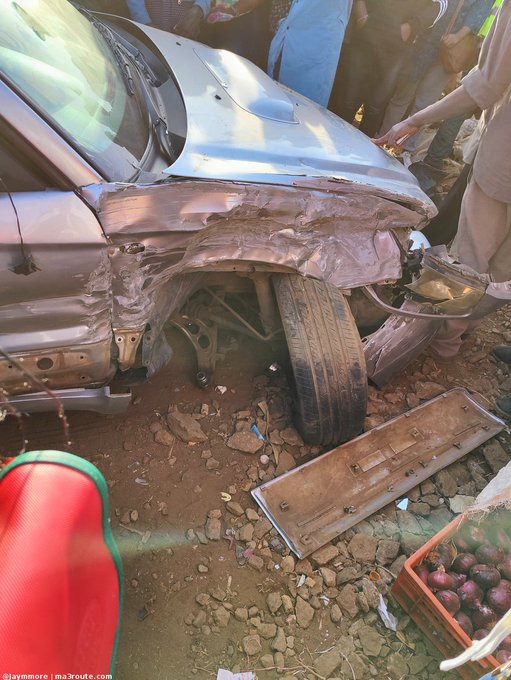 Picture courtesy. Image from the scene of the accident this afternoon.