After a bomb incident in Komamboga, Kawempe Division, Kampala, at least two people have died and several more have been seriously injured. 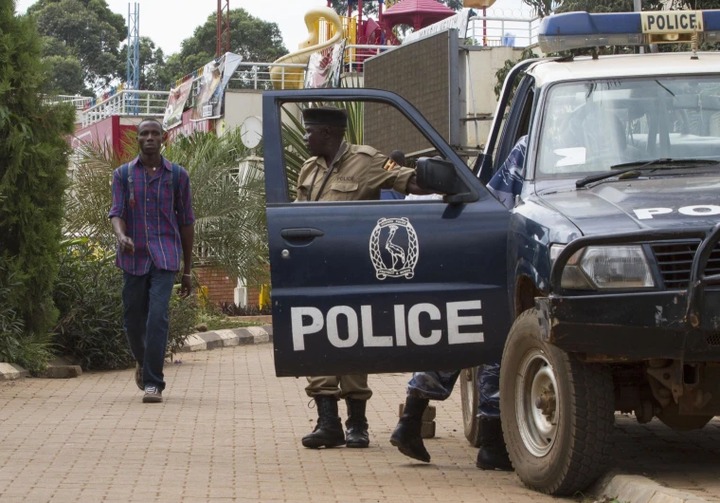 The explosion occurred at the Digida pork joint.

The event occurred at 9 p.m. on Saturday, October 23 at Digida pork joint.

The police have started an inquiry.

The reason of the explosion has yet to be discovered, according to Uganda Police Chief Political Commissar (AIGP) Asan Kasingye, and no one has claimed responsibility.

"Two people were fatally wounded, a young lady and a male, and others were admitted with significant injuries," he tweeted.

The AIGP stated that inquiries into the fatal incident, which occurred outside curfew hours, are still ongoing.

He urged the people to be calm as authorities continue to investigate the incident's exact circumstances.

Part of the statement states, "Our joint task teams from the bomb squad were called to thoroughly document the scene, to help ascertain if the explosion was caused by a purposeful act or not. 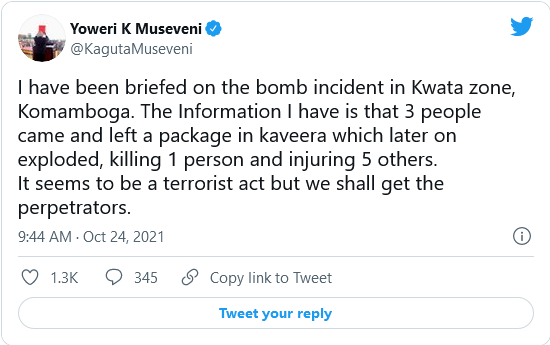 "I've been briefed on the bombing in Komamboga's Kwata zone.

According to the information I have, three people arrived in Kaveera and left a package, which later exploded, killing one person and injuring five others.

It appears to be a terrorist act, but the offenders will be apprehended "he penned

The United Kingdom (UK) issued a warning on October 14 indicating the possibility of a terrorist attack in the East African country.

The last time Uganda was attacked by terrorists was on July 11, 2010, when Al-Shabab, a militant Islamist group, killed 75 people.

It happened as a twin-bombing in Kampala, Uganda, during a gathering to watch the World Cup final match. 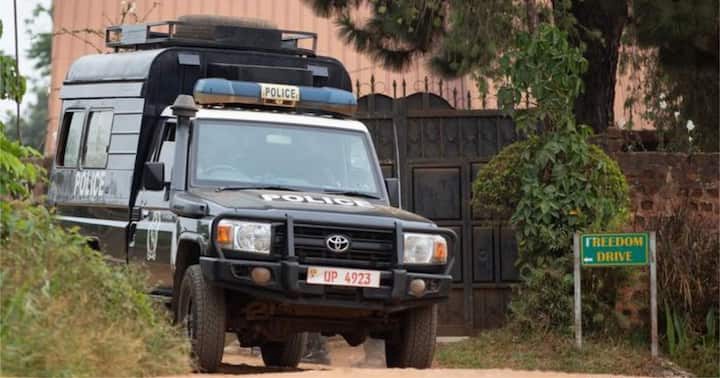