By PrimeUpdatez (self meida writer) | 3 days 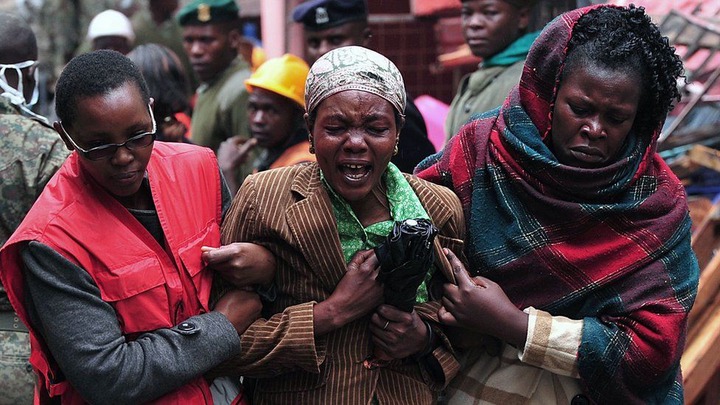 A village in Igembe South Meru county has been engulfed in a cloud of grief and pain after a middle-aged man beheaded is only son under mysterious circumstances.

As reported by Baite Tv, the man who hails from Mbayo village is said to have accosted his son on Wednesday morning dragging him from his room before mercilessly beheading him using a sharp machete

According to the mother of the boy identified as Joseph Mureithi, the 22-year-old boy had been involve in exchanging of words over slight misunderstanding the previous night something believed to have pushed his father to commit the crime.

Neighbors who rushed to their compound after hearing wails of the mother said that the deceased was a young man who was very kind and silent and wondered why his father could have killed him in such a manner. 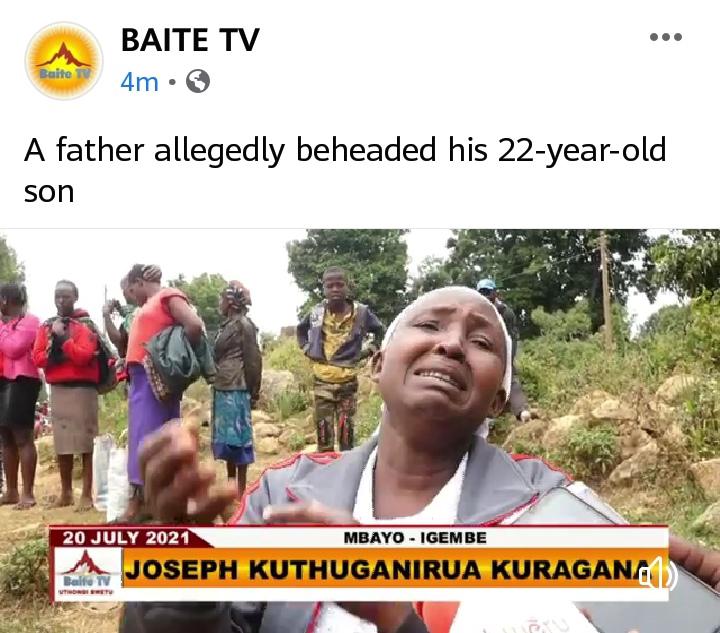 Angry mob that visited the compound started baying for the blood of his father however he managed to dodge them and escaped before he was lynched.

The police who visited the crime scene said that they are manhunting for the father as they conduct investigations to determine the root cause of the disagreements that prompted the father to end his sons life.

The mother of the boy who spoke to the media made a special request to the police to speed up their investigation and arrested her husband as she was in fear that he might turn against her.

Students, Parents And Alumni Protest Over School Poor Performane In Mbichi School And The Principal

SAD: Kangogo To Be Buried at a Later Date Once Her Postmortem is Done on Tuesday