A prominent catholic bishop has is facing murder charges in Masaka City for beating up man to death.

The police report say that on the night of October 13 at Bisanje Catholic Parish, Rev Fr Richard Mugisha with Joseph Mutayomba beat up Ronald Kyeyune, 30, who died a few hours later. 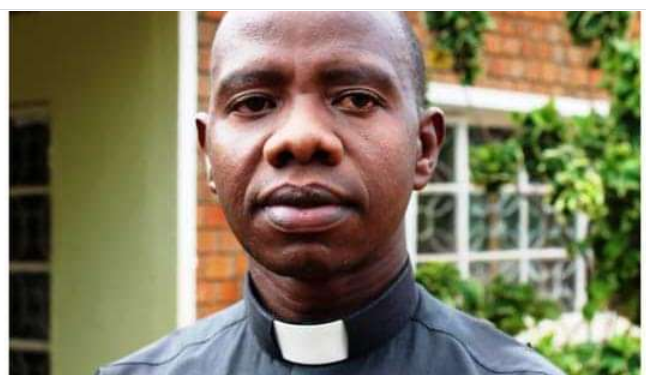 The suspected robber reportedly broke into Fr Mugisha’s residence located at Bisanje Catholic Parish and led to his beating.

According to eyewitnesses, Kyeyune was arrested by the village security team after allegedly breaking into Fr Mugisha’s home through the roof on a mission to steal his car, a Toyota Harrier.

Mr Joseph Mutayomba, the chairperson of the Bisanje Village, who is also facing murder charges, said his team was near Fr Mugisha’s home at the time of the incident and when they heard a car hooting several times, they became suspicious and rushed to the scene.

"Upon entering the gate, we surrounded Fr Mugisha’s car and when we checked in, we found a naked man in the back seat and had smeared himself with motor vehicle oil all over his body," he said.

Mr Mutayomba managed to overpower Kyeyune and tied him with a rope before calling the police. “It is not true that the suspect was flogged to death because he was taken by the police when he was still alive,” he said.

Confirming the incident is Mr Muhammad Nsubuga, the southern regional police spokesperson who said that by the time police rescued Kyeyune, he had no any injuries, but he later developed complications and died as he was being rushed to Masaka Regional Referral Hospital.

In an interview made with Daily Monitor on Friday, Fr Mugisha wondered why police preferred murder charges against him yet the suspect died in the hands of police.

"Why did police prefer murder charges against me when I was the last person to reach the crime scene? I did not kill anyone, by the way, I would be the one complaining because the windscreen of my vehicle was vandalised,” he asked.

He questioned the motive of the attacker, saying he started the engine of his car and also hooted several times.

“I am still asking myself why that man (Kyeyune) hooted several times, did he want me move out of my bedroom so that he kills me, why did he mimic my voice to call our house help to open the gate, it seems he had a hidden agenda,” he said.

Although Fr Mugisha was summoned to report to Masaka Central Police Station on Friday, he instead sent his lawyer Mr Alexander Lule who said that the police had extended his client’s bond to October 21.

The act of the police seems to be a witch hunt against the said Bishop because of his threat to the government.

Fr Mugisha, who in the last three years become critical of government excesses and in the run-up to the January general elections he openly mobilised electorates to vote for Opposition leader Robert Kyagulanyi as president, saying President Museveni has in the last three decades failed to address problems affecting ordinary citizens.

Mr Nsubuga said they are waiting for a post mortem to come out to confirm the cause of Kyeyune’s death. 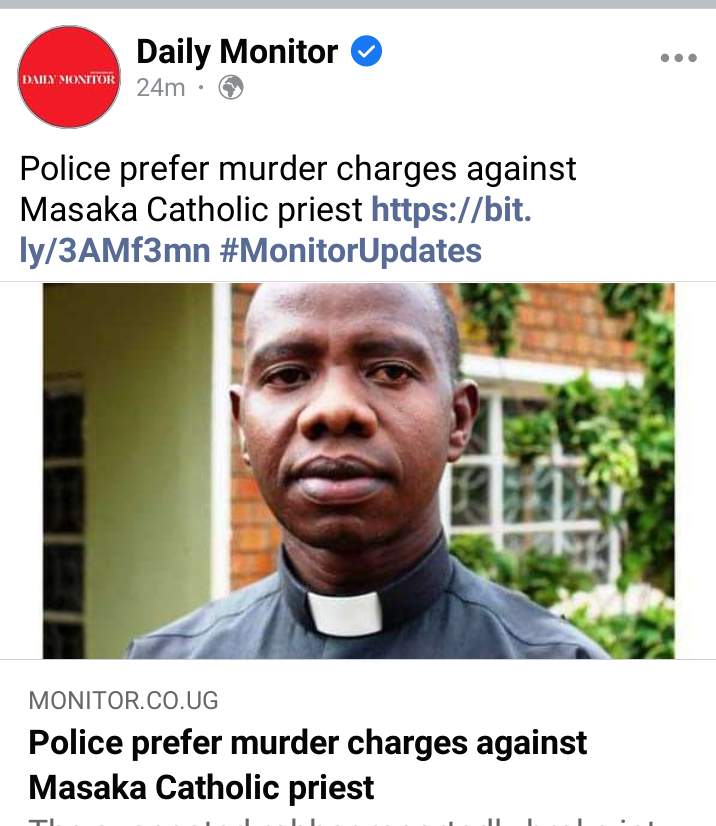