A family is currently mourning the death of a man who is reported to have died Mysteriously while working in the Kenyan paper mill industry after he was reportedly crushed to death by one of the machines.

According to the reports given by the family members of the deceased, they claimed that they only received news of the man's death from one of his colleagues who alerted them.

Due to this reason, they claimed that they were forced to rush to the scene of the accident where they were given the man's body without any explanation prompting them to report the issue to the nearest police station.

However,according to the reports given by different journalists who visited the factory, they claimed that their attempts to get to the officials of the said factory were not successful after all their calls were not received.

With this happening, the family and friends of the deceased have claimed that they are currently trying to go to court in order to receive justice because according to most of them, there was more to what they were told adding that they didn't believe a thing which they were told by the factorys management.

This incident has sparked alot of mixed reactions from Kenyans who seemed to have been confused on what actually happened to the deceased. With a section of Kenyans claiming that maybe it was just an accident and that the family and friends of the deceased were trying to make it a big deal, others went ahead and called upon the agents from the director of criminal investigations to look into this matter before things get out of. 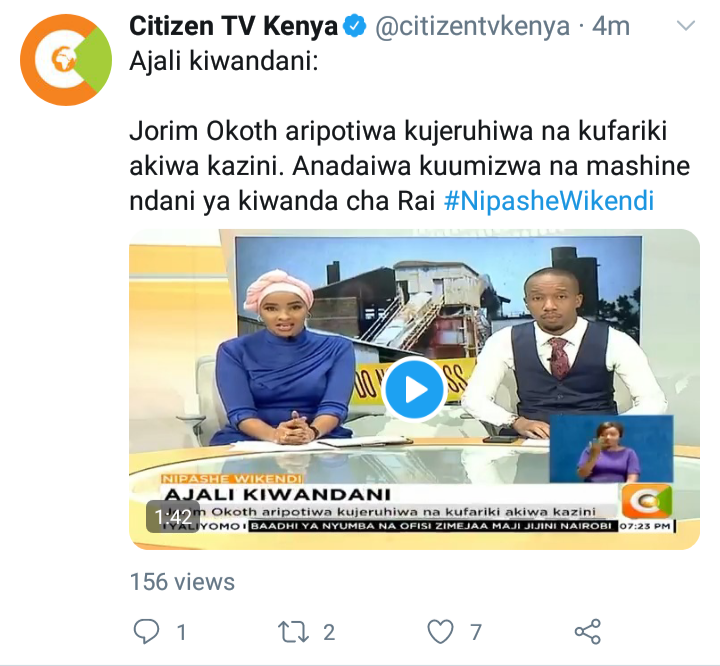