Hata Kama, See What A Kisumu Woman Did To A Bodaboda Operator Who Had Ferried Her To United Mall 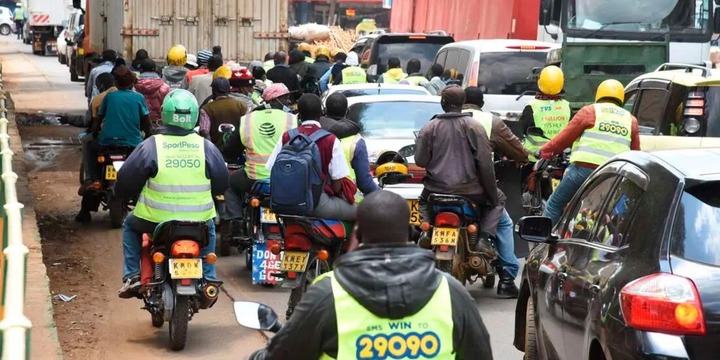 Bodaboda riders have had it rough this week after the government declared a nationwide crackdown. This followed after a Zimbabwean woman was assaulted on Valley Road by rogue bodaboda operators. 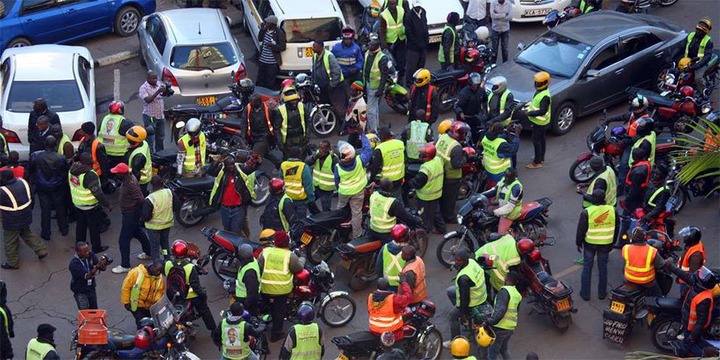 A woman has today caused dramatic scenes in Kisumu United Mall after what was reported happened between her and a bodaboda operator.

Sources of information reveal that the woman refused to pay the rider his money after being dropped at the United Mall.

Sources report that after being dropped by the bodaboda rider, the woman just walked off prompting the bodaboda man to run to her demanding for payment.

However,instead of paying, the middle aged woman is reported to have turned into insulting the the bodaboda man even threatening to call the police to arrest him. 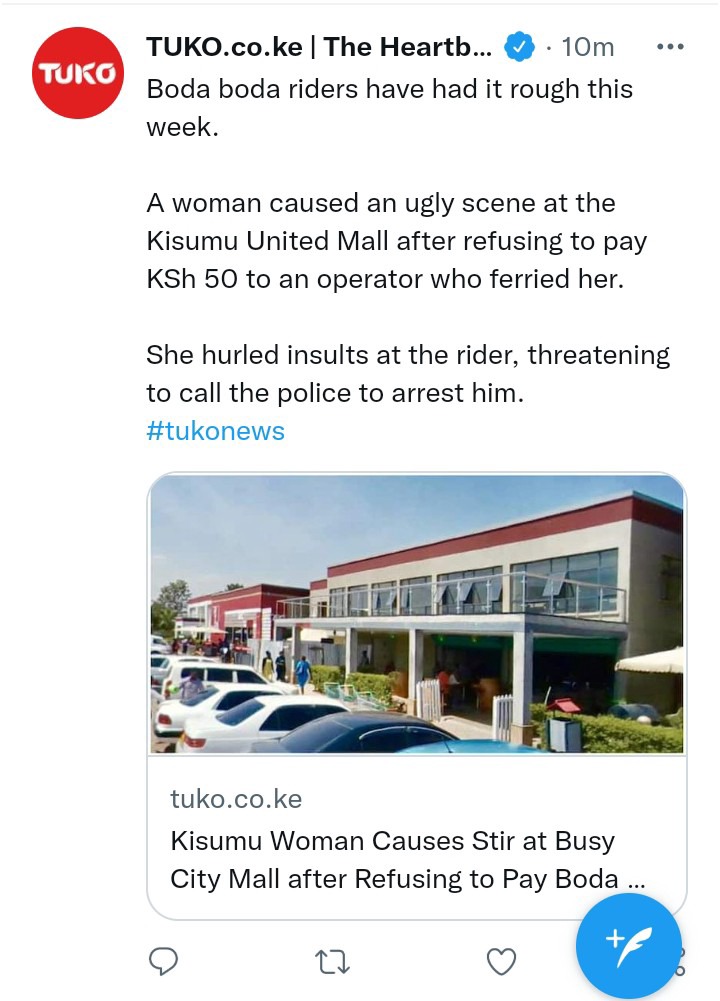 The situation caused panick in the busy mall even prompting the security guards to turn on the security alarm. Police officers who were around the place rushed into the scene thinking it was a very serious security threat.

It took an arbitrator to pay the amount as the woman stood her ground that she won't pay and continued to hurl insults at the bodaboda man.

UGANDA: Photo Of The 29 Million Nyamareebe Market That Collapsed A Week After Being Roofed