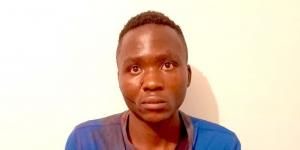 A report by Citizen TV on Friday, October 15, indicated that Wanjala took the advantage of Covid-19 curfew offenders who had been bundled into his cell on the fateful night, to escape from prison.

The report further indicated that the offenders, who were arrested on the night the serial killer escaped, were asked to pay money in order to secure their freedom.

Smelling an opportunity, Wanjala, who had spent close to a month at the police station, also lined up as a curfew offender and paid an unspecified amount hence securing his freedom.

It was also revealed that no arrest records were made for the curfew offenders that were arrested and released that night.Wanjala is later suspected to have hitched a ride on a trailer to Bungoma, where he was finally killed by a mob on the morning of Friday, October 15.

Wanjala's escape was made public on Wednesday, October 13, although contradicting reports indicate that he was spotted in Bungoma a week prior to his lynching.

Three police officers attached to Jogoo Police Station were arrested on Thursday, October 14, over the escape of the suspected serial killer.The trio was apprehended by their colleagues from the Nairobi Regional Criminal Investigations Office.

The three officers were, however, later released on Ksh100,000 cash bail as investigations into the escape continue to gather steam.

Buruburu Sub-County Police Commander, Francis Kamau, had earlier disclosed that the self-confessed serial killer escaped during a power outage that hit the station from afternoon to past 8 pm on the fateful day. 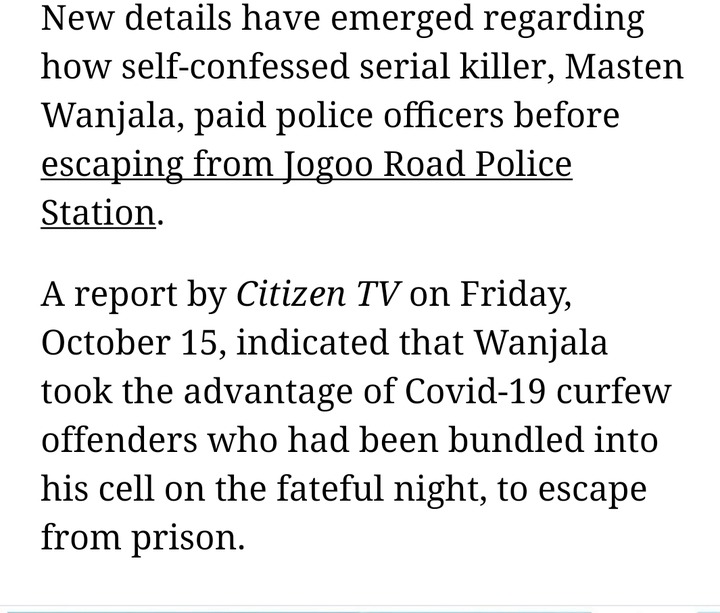 Finally United To Sign Ralf Rangnick Assistant Manager Whom They Previously Worked Together.