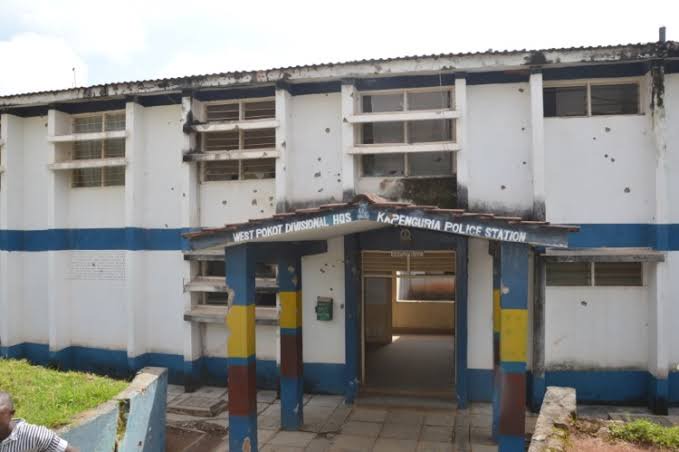 A Kapenguria man surprisingly surrendered himself and confessed to Police after killing his lover, citing infidelity.

In chilling details shared by Directorate of Criminal Investigations, Baraza fearlessly recounted to the police the order of events. 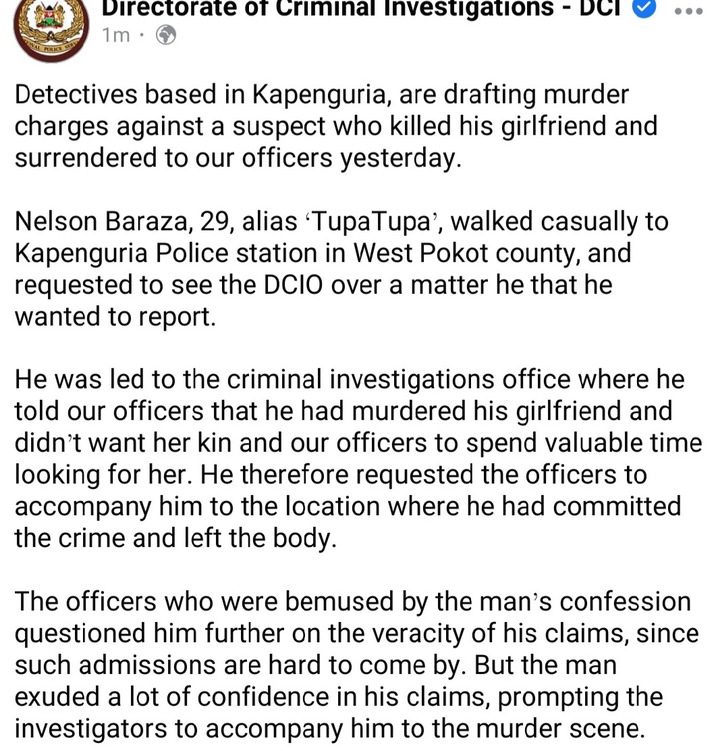 He told the police that he found out she had been cheating on him with another man and he could not handle the pain of betrayal.

He lured her to the middle of maize plantation 10 kilometres away from the station and executed his mission.

His weapon was however not a sharp object but a leso which he used to strangle her to death. 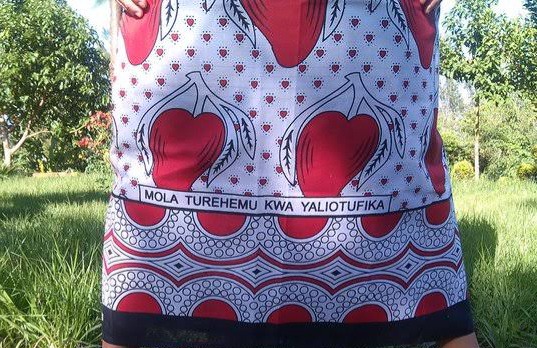 Sleuths could not believe him when he narrated the story because most people tell to run away after killing their lovers.

They were treated to shock when they accompanied him to where the lifeless body lady was lying.

The leso used in the murder was recovered and Baraza arrested for the self confessed crime. 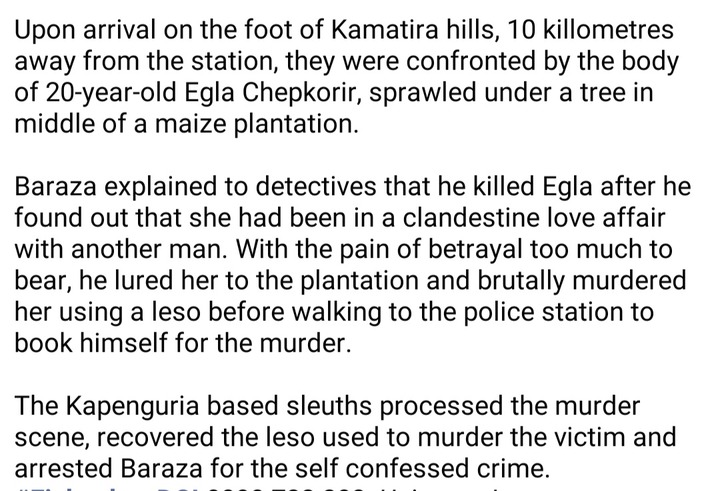