A couple from Embu in hot soup after torturing their son to near death. Appearing in court, the duo had allegedly tied their 9-year old son on a sofa and flogging him with a cane from the back. In addition, they two further poured cold water on the child as he remained tied on the sofa for two days. 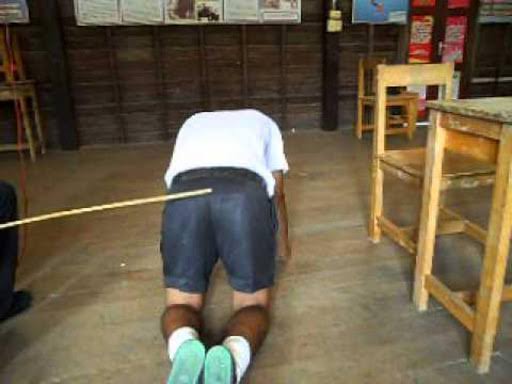 According to the victim's sibling, his brother had broken a thermos flask on the day of the incident for him to get such torture.

The uncle of the victim got the wind of the matter and reported the incident to the police in Embu. The police officers visited their home and found the victim with numerous injuries all over his body not forgetting that he also had detached nails resulting from the torture.

Neighbors allege that the man of the house has really changed since he married a second who has shown no mercy to the children of the first wife.

The two appeared before the Embu Senior Resident Magistrate Juliana Ndeng’eri and sentenced them to 20 years in jail each, saying the suspects “do not deserve to be near the children." 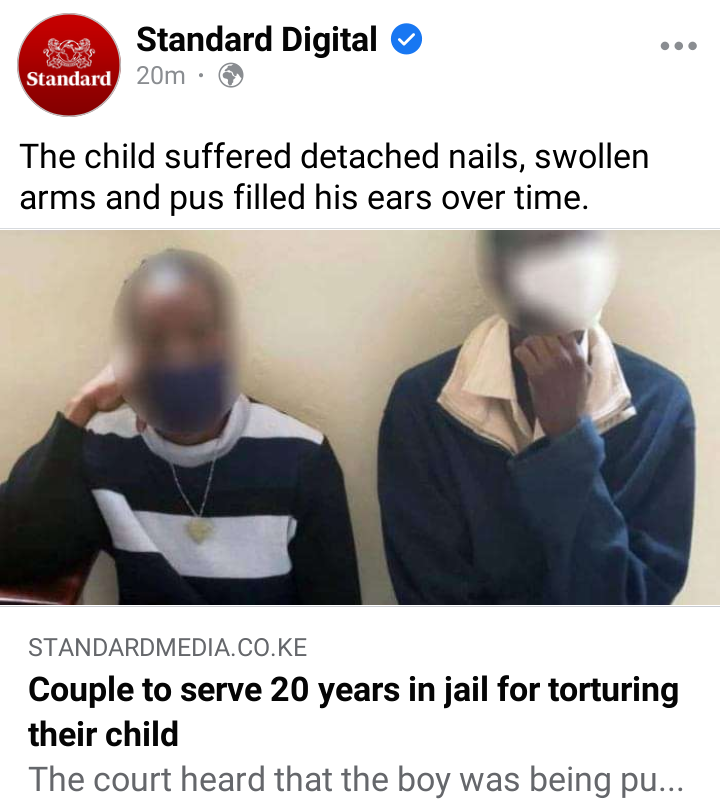