Two men from Sotik Sub-County in Bomet County are in police custody for allegedly defiling a school girl who was going back to school during school's opening day.

The 16-year-old girl, who is a High school student, was supposedly heading to school, after spending the one week holiday break at home.

The men are said to have booked the lodging room in the morning and later returned with the girl, who was still in her school uniform. 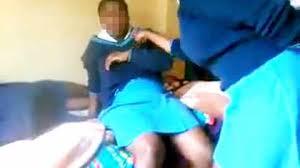 The lodge attendants promptly alerted the police, who arrived at the scene and nabbed the suspects identified as Patrick Karanja and James Kamau (not the real names).

The suspects in their statements to media said they owned up to their actions, saying that the school girl had consented to their plans.

“We had agreed and she (the school girl) said we could go to a lodge with us. When the police stormed in, we were still talking and nothing had happened,” the men said.

Police officers had a hectic time controlling a massive crowd which had gathered outside the lodge to get a glimpse of the man and the school girl. 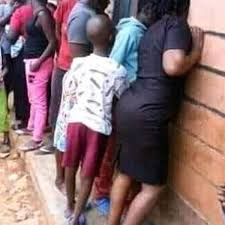 Residents condemned the incident calling on the police to act on the suspects. The two were taken to the nearby Sotik Police Station, where they await to be arraigned in court once the investigation is complete. 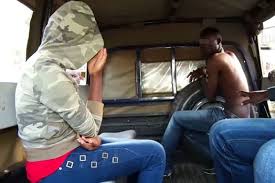 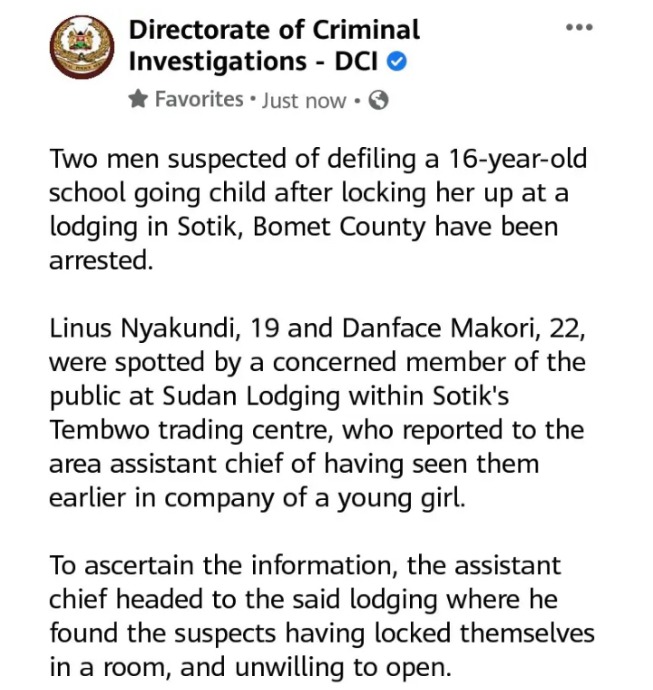 Student was not stoned by girls, postmortem reveals

Man arrested for killing a customer because of ksh 400 debt

Shopkeeper Murders His Customer In Cold Blood Over a KSH.400 Debt