By WawireCornel (self media writer) | 19 days ago 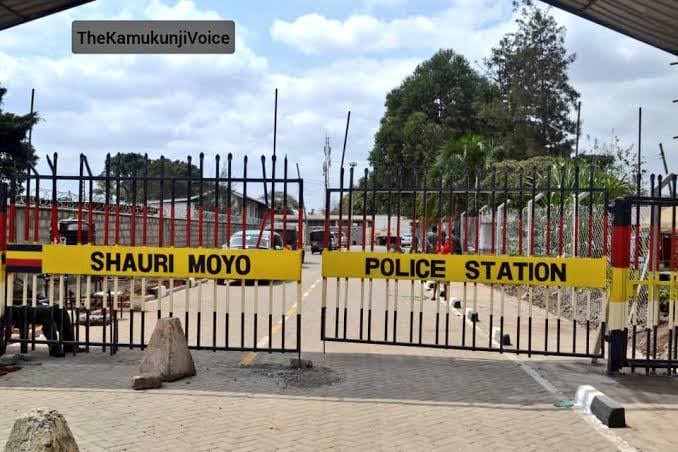 Revealing details of her arrest, lawyer Wahome Thuku pointed out that the police arrested the innocent 21-year-old woman because of her elder brother.

According to Thuku, the police have tortured the lady in a bid to make her reveal the whereabouts of her brother's hideout.

It is alleged that her elder brother is wanted by the police over Ksh. 1 million lost from a businesswoman at Gikomba market.

The woman, who is said to have deep pockets allegedly bribed the police to have them beat, harass the woman until she produces her brother, whom she has no idea where he is.

"The officers have been paid well by the brother's employer an influential businesswoman in Gikomba market to recover over 1million bob she claims is missing in the books. They have to do anything," wrote Wahome Thuku.

To make matters worse, lawyer Wahome Thuku has revealed that the police are even framing up charges against her.

More so, they also arrested her cousin in hope that the elder brother will surrender.

Despite holding her without having committed any crime, the police Illegally went to her house and conducted a search without a search warrant. 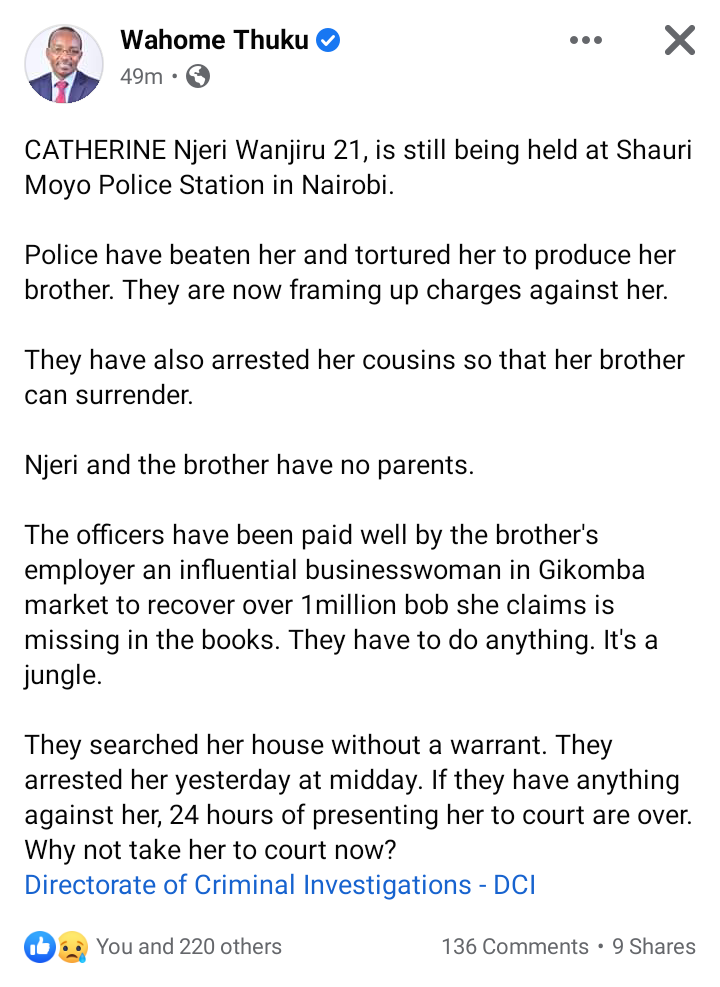 Kenyans have now called out the Directorate of Criminal Investigations (DCI) to investigate this matter as the police are harassing the lady and the cousin for mistakes they didn't commit.

More so, after her arrest, 24 hours have already elapsed and she is supposed to be presented to court as the law requires but the police have remained mum about this.