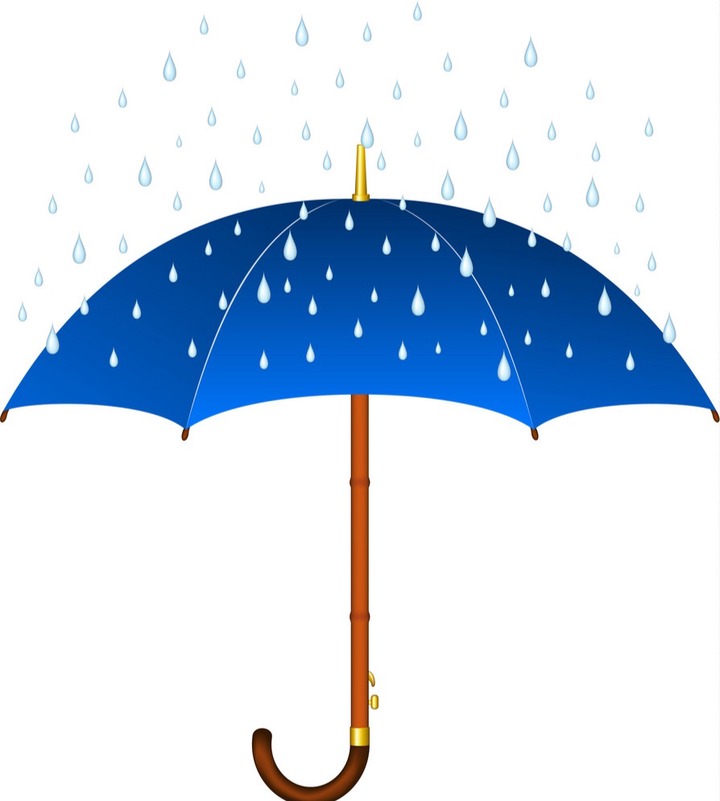 Kenya Meteorological Department has been at par in issuing the public with timely and accessible meteorological and climatological information. The information and early warnings has been vital to individuals and organisations and has helped in saving lives due to dangers such as floods. 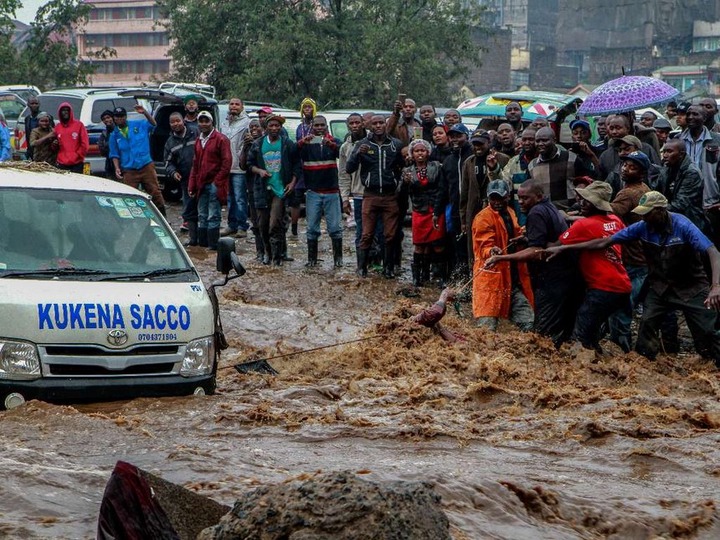 The company has always been able to provide such information through the development of efficient telecommunication systems that allows rapid collection and dissemination of information in accordance to WMO.

The KMD through the ministry of Environment and Forestry has issued the following information valid from 26th October to 1st November. 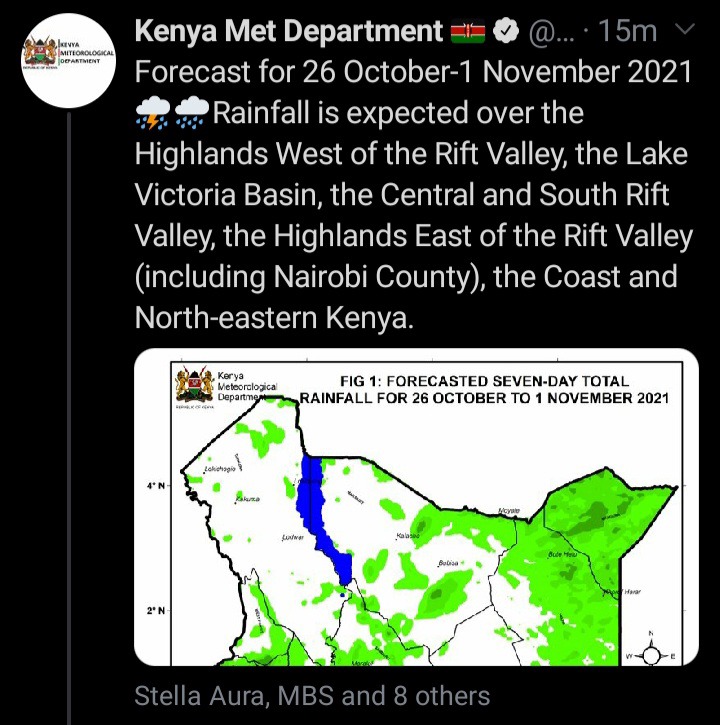 Isolated storms are expected over some parts of these regions. The South-eastern lowlands and Northwestern Kenya are likely to be generally dry. However, there is a possibility of occasional rains occurring over few places.

The Coastal Regions are likely to experience morning, afternoon and night showers over few places during the first half of the forecast period. The remaining days are likely to be sunny and nights partly cloudy.

The North Eastern and the South Eastern Lowlands are likely to be sunny and nights partly cloudy. However, morning rains as well as afternoon and night showers are expected over few places in the Northeast. 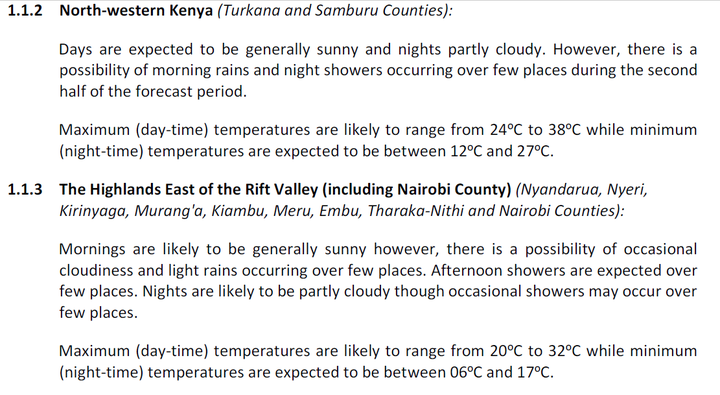 The Highlands West of the Rift Valley and the Central and South Rift Valley and the Lake Victoria Basin Regions. Morning are expected to be sunny. Afternoon showers and thunderstorms are likely to occur over few places during the first half of the period and over several places thereafter. Nights are likely to be partly cloudy. There is a possibility of occasional showers occurring over few places.

The Northwest Regions are likely to remain dry with partly cloudy conditions at night.