RIP: How Slain Headteacher Who Was Set to MC a Wedding Begged For Forgiveness at Nurse's House

By Shantynews (self media writer) | 29 days ago 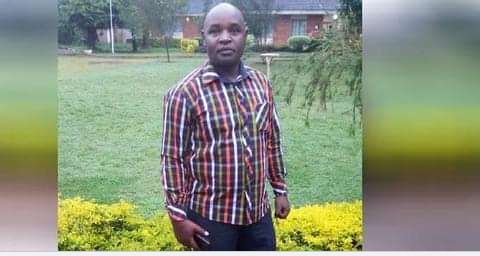 Police in Nyamira are still hunting for the suspects behind the murder of a headteacher. The police rubbished rumours that the two suspects a nurse identified as Agneta Agwata and her alleged boyfriend Zabron Gakwara had been arrested.

Agneta became the main suspect after the body of the headteacher was found in her house with his limbs chopped off.

Ezekiel was reported missing on December 30th when he was set to be an MC for a wedding in the neighborhood. When he failed to show up, the attendees called his wife who grew worried about his whereabouts and reported the matter at a police station.

On 31st December, Agneta's neighbour alerted the police about disturbing noises that she heard from her house. She heard somebody crying asking to be forgiven and begging for his life to be spared.

Angered by the murder, residents have joined police in search for Agneta and Zabron. The police are now urging the two to surrender at the nearest police station for their own safety.