By InnohJohn's (self media writer) | 11 months ago 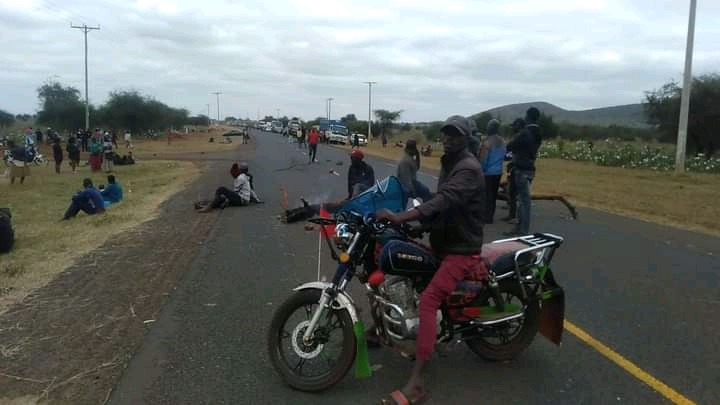 According to the reports from kamba Station Musyi fm, Bodaboda riders of Emali have blocked one of the road from Emali to Loitoktok following the death of their colleague who lost a few days ago and later he was found dead and dumped at Kajiado.The motorists are rioting since it has been confirmed that this is not the first case to be reported from the area and no action has been taken. 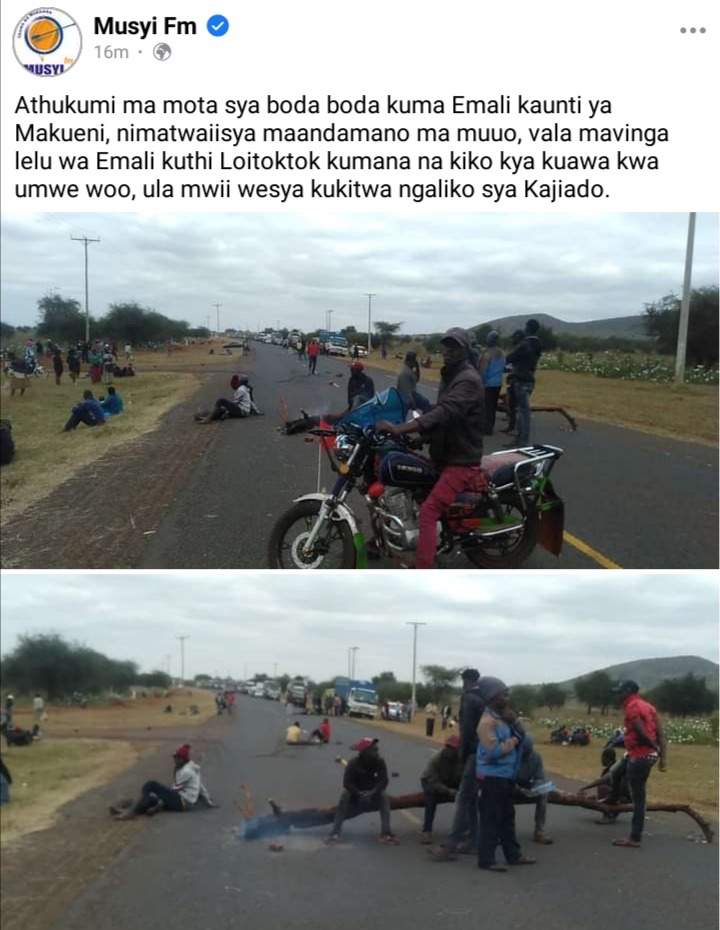 The family of the deceased whose name is not mentioned, had reported the matter to the nearby police station.They have been searching him for some days before his body was discovered in kajiado after it was dumped by unknown assailants whom are believed to be the cause of the murder. 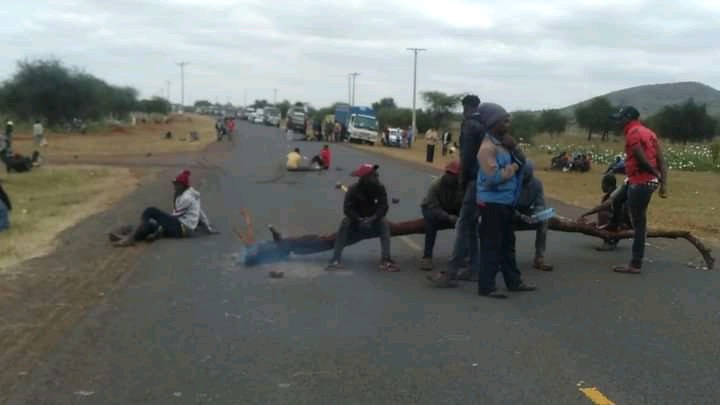 The deceased during the time he disappeared he was with his motorcycle, but know he was found dead and his motorcycle was nowhere to be found. His colleagues when they heard the sad news started rioting requesting the police from the area to ensure this may cease since they have been losing their colleagues in the same way and the victims are not yet discovered.

Now an investigation has been opened following the death of the motorist and the lost motorcycle of the deceased.The body of the the deceased was taken to the hospital mortuary as the investigation is now on the progress.