Homicide cases and some suicide cases have become a major problem which has got Kenyans tensed and panicking about their safety. 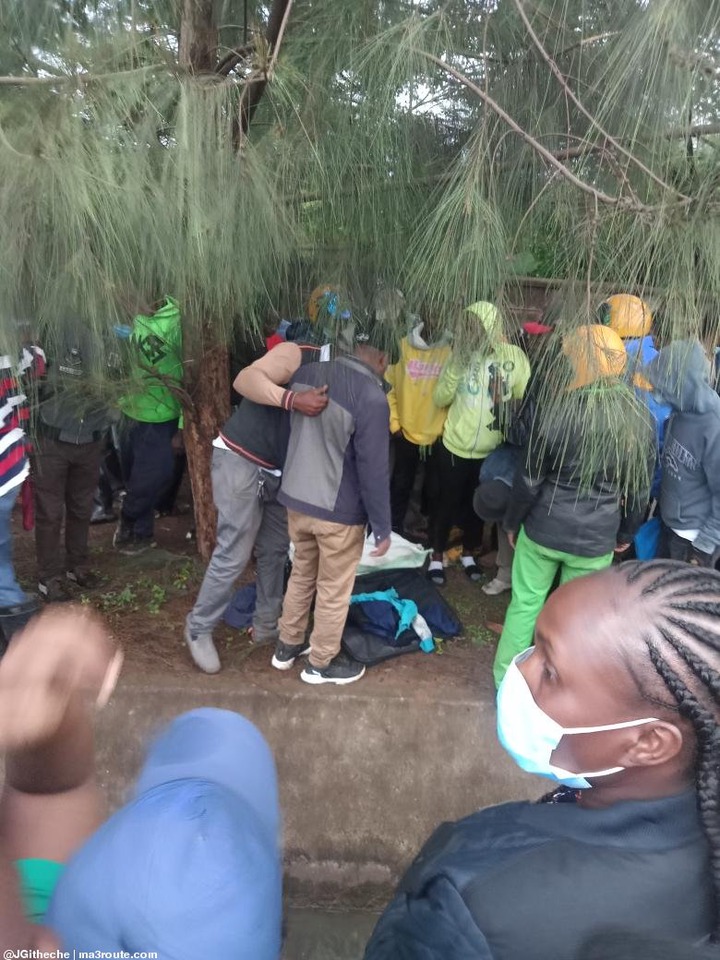 Curious Kenyans at the scene where the staffed body was found (Photo Courtesy: Twitter)

A body of some unknown human was found stashed in travelling bag has been found alongside the perimeter wall of General Service Unit (GSU) camp along Thika Super highway. 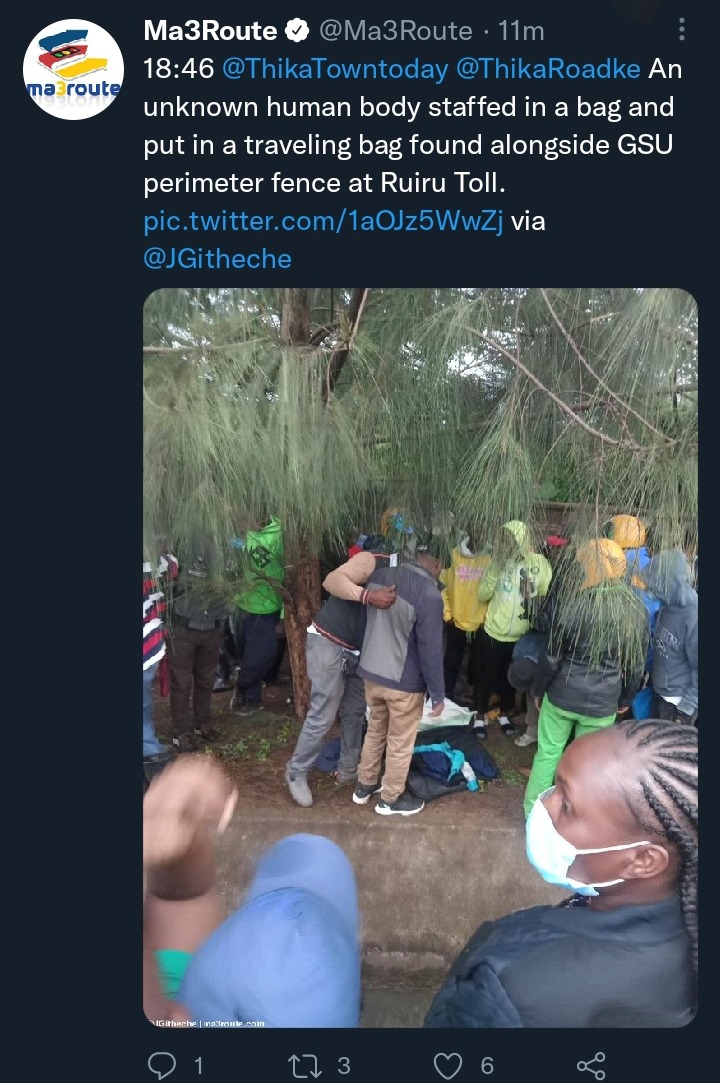 According to reliable Ma3 Route news reports, some passers-by were attracted by the abandoned travelling bag which prompted them to take a look at the contents that is when they found the stashed body.

The reports claim that the people raised an alarm to which police officers responded and arrived at the scene and secured it as a crime scene.

"18:46 @ThikaTowntoday @ThikaRoadke An unknown human body staffed in a bag and put in a traveling bag found alongside GSU perimeter fence at Ruiru Toll. https://t.co/1aOJz5WwZj via @JGitheche." The reports stated.

The following Areas to Receive Rainfall In the Next 5 Days

What You Need To Know About Monkeypox, A Virus That Has Been Reported In 12 Countries So Far

NHIF: Steps on How To Add Your Adopted Child As One Of Your Dependants & How to Check NHIF Status