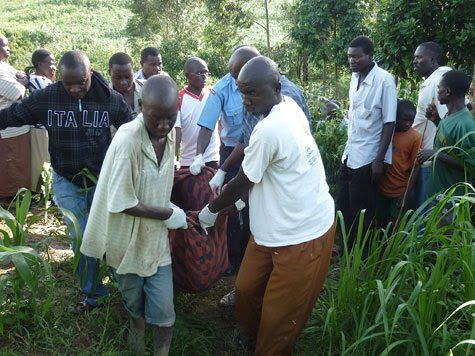 Village in Tanzania is mourning, after a man slashed to death wife following a disagreement,the afternoon incident happened after the man accused his wife of Witchcraft.

It is reported that the 42 year old man Killed the wife by cutting her severally with a matchete before fleeing the scene.

According to the police,the Tanzanian man identified as Alpha Chawe killed his wife after accusing her of practising Witchcraft on him.

The residents who spoke to the media, reported that the lady have been having a rocky marriage,and on several occasions the man would physical assault his wife.

On the material day,the two had a bitter exchange of words before the man landed on the woman with blows and Slaps,and as if that was not enough he picked a matchete and slashed the woman severally on different parts of the body.

A relative to the suspect noted that the suspect was fond of calling the wife a Witchcraft something that the wife protested bitterly.

The woman died on the spot and his body was taken to a local morgue in the region,as the man was arrested in his hide out and if currently locked at a police cell waiting to be arraigned in Court. 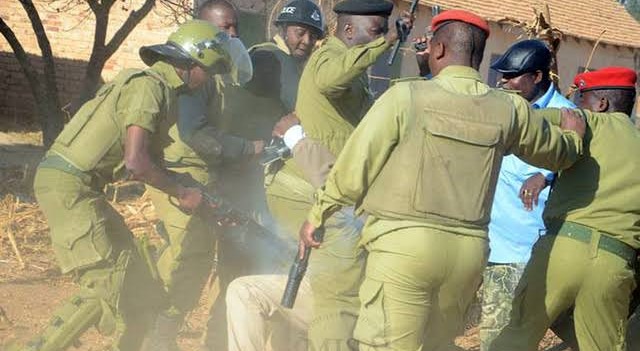 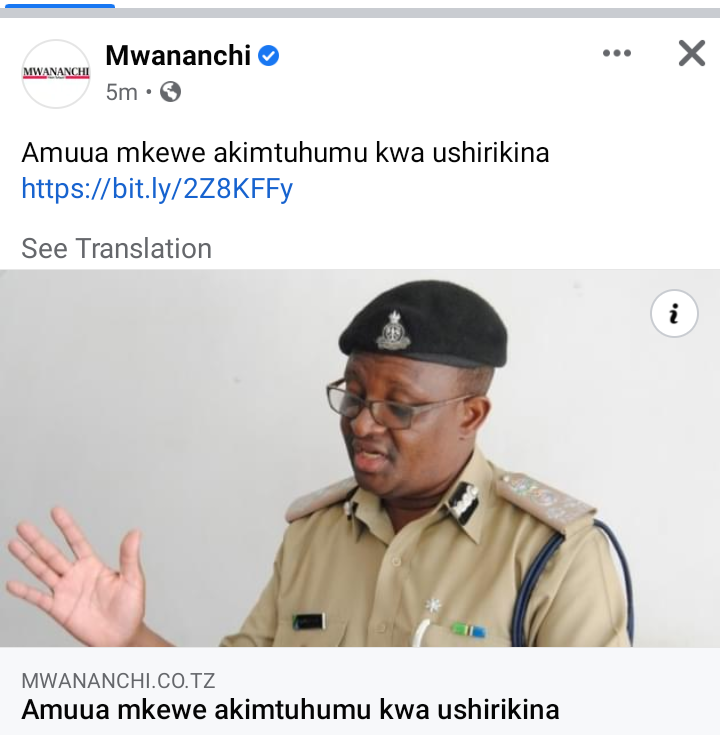 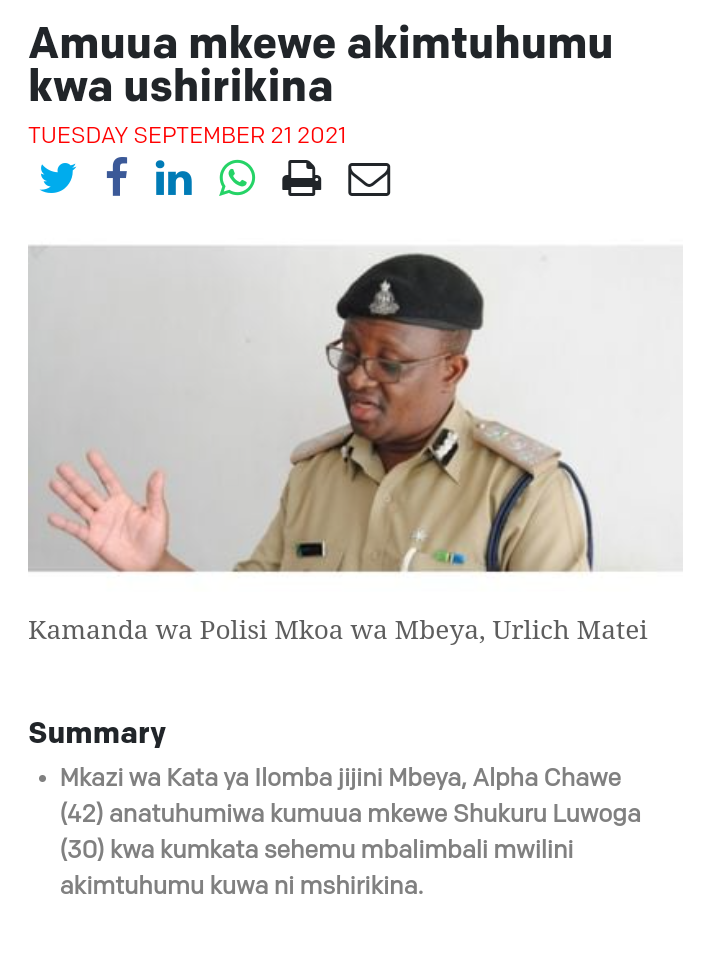 Have You Seen Her? 6-Year-Old Girl Reported Missing Just Hours After Leaving School