According to the reports given by a reliable source of information, it has been revealed that 7 men have been killed by a Mob in Mombasa. 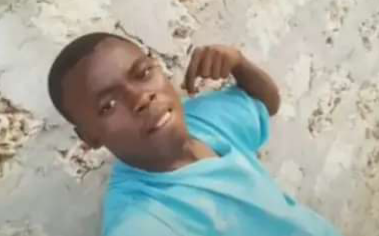 Mombasa Police Boss who spoke to the media has claimed that the Deceased were killed in different locations within 3 days. According to the reports given by the police, they claimed that the residents are acting quick not to be caught by police.

Among the Deceased are 3 Brothers who were Allegedly Killed by the residents.

According to the reports given by the family of Mike, a man who was killed by the residents. They claimed that he had gone to help his brother who was being killed by a Mob. 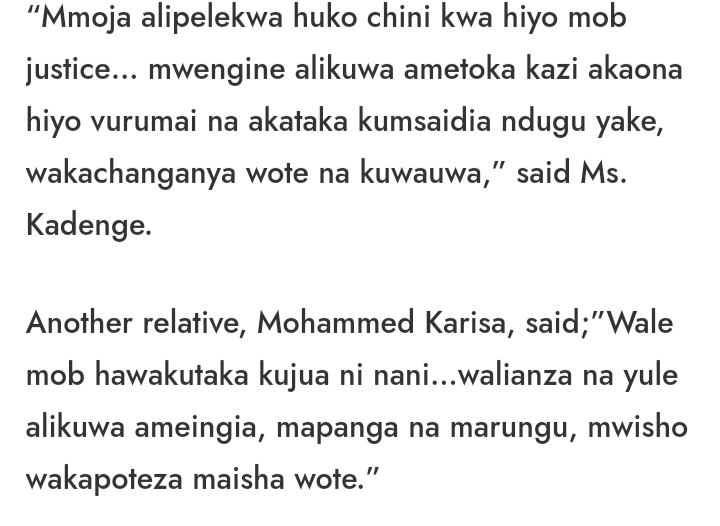 While reacting to this incident, Kenyans who took to their different social media accounts to express their opinions on the matter have called upon the police to end the increasing number of Thugs in the region stating that this is the cause of Mob injustice in the region.

According to the reports given by most Kenyans, they claimed that it is so unfortunate that the government is yet to do something about the increasing number of gangs in Mombasa despite the fact that some of them have been caught on Cctv killing residents. 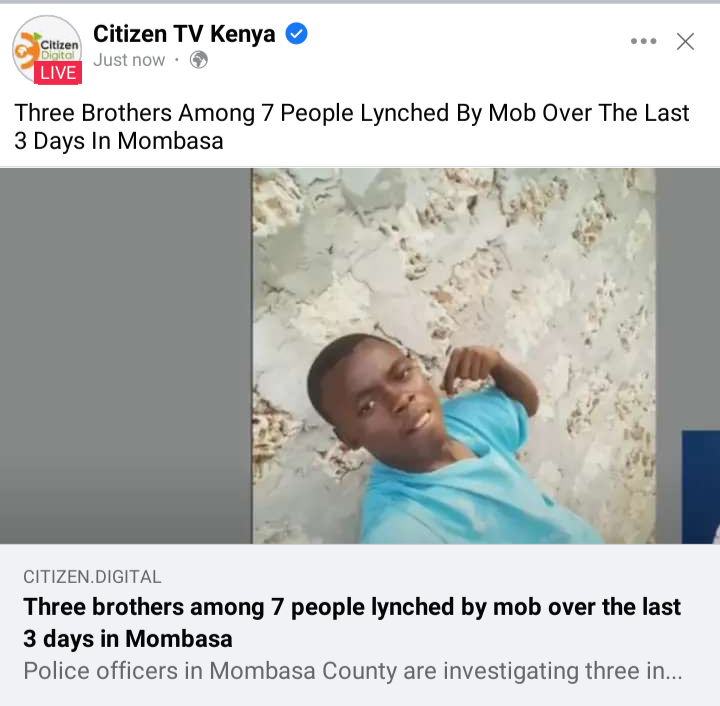