Was The Murder of Muvota A Case Of Extra-Judicial Killing?

By Njerimkweli (self media writer) | 1 month ago

Shocking details have emerged following the daylight killing of Samuel Mugoh Muvota in Mirema, Kasarani on Monday afternoon. However, a section of Kenyans online have dismissed and casted doubts on the report from the DCI’s Preliminary investigations indicating that the deceased had fallen out with some of his partners, who fled to a neighboring country immediately after the murder.

Kenyans online have scrutinized the CCTV video of the shooting that reveals a professional shooter with all the markings of a police officer.

According to Economic Crimes detectives who had previously handled his cases, Muvota was arrested for over 30 times in the past 11 years on fraud related charges and had been in and out of almost all the courts in the city and in Kiambu County. On most occasions, he would approach the complainants with a refund for their money and the cases would collapse.

Kenyan Police officers have in the past been accused of extra-judicial killings. According to previous reports by Human Rights Watch, the police preferred eliminating criminals whenever they feel the judicial systems had failed in providing justice.

Muvota who headed an ATM and SIM swapping syndicate that operated like a mafia criminal organization, was a multi-millionaire with several real estate properties scattered across the city, a fleet of vehicles and lived a lavish life.

It’s also been reported that the deceased was also working in cohorts with some rogue police officers to cover his track, therefore providing a perfect opportunity to be eliminated by the police with a clear intentions either to silence him or provide a shortcut to evade due process. 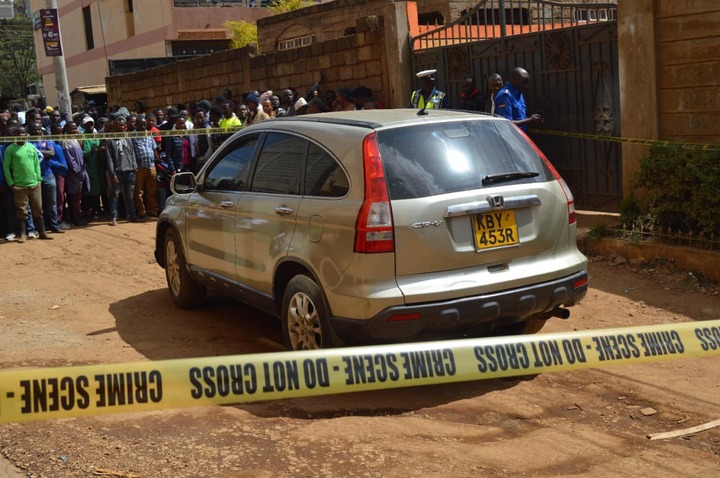