Mother Cries For Help After Daughter,8, is Allegedly Defiled, Strangled and Body Dumbed in Borehole

A family in Kisauni in Mombasa County have cried foul after their daughter aged 8 was reportedly defiled, strangled to death and her body dumped inside a borehole. The mother of the deceased, Grace Kithure said that despite the suspect reporting himself at Concordia Police station, the officers are yet to investigate the incident, nab the suspect and serve justice to the family. 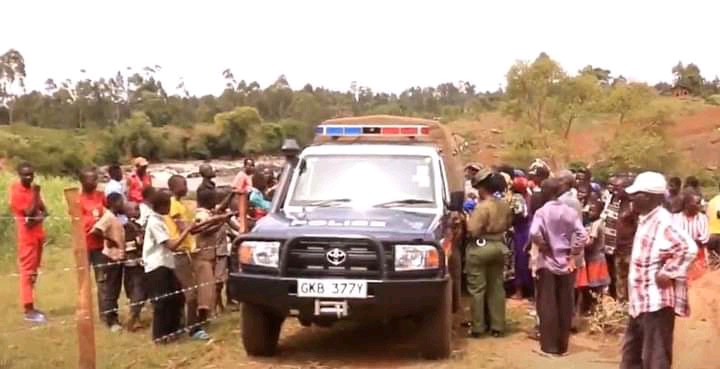 The family claims that they retrieved the body of the girl from the borehole when she was already dead. The suspect on seeing that neighbours were suspecting him since he was last seen with Melissa, he went ahead to the police station to clear his name.

Ms Kithure told the media that her daughter was missing for almost one week and when she was found, the suspect reported to police that the family was about to place charges against him but the police send him away saying that no complainant had reported the incident.

A postmortem conducted shows the Minor was defiled before being killed by strangulation. Another report shows there was hymenal perfection which tears in her bladder and pelvis indicating that she was bleeding from her private parts. The doctor also revealed that Melissa's brain had oedema due to strangulation. 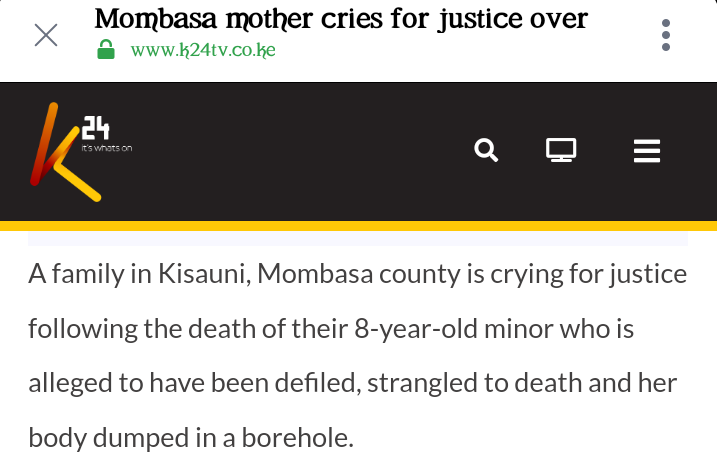 The mother claims that they are crying for help since the officers have not showed any signs of investigating the incident. The family claims that the suspect lured Melissa when she was playing with her fellow children.

JKUAT Student Commits Suicide In Her Bedsitter In Juja After Failing To Graduate.

Doctor Catherine Nyongesa Warns BodaBoda Riders Of Reduced Fertility Due To Nature Of Their Work.

Early Signs Your Kidney and Liver Are Not In Good Condition That Everyone Needs To Note Off.

AIDS Is REAL: Top Kenyan Celebrities Who Are Always On The Frontline In Creating HIV/AIDS Awareness