A Police Corporal In Marakwet West Sub County Stabbed To Death By An Assailant Using A Poison Arrow.

By Wabende (self media writer) | 8 months ago 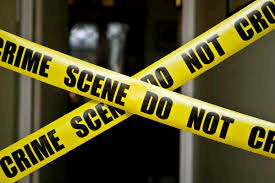 A police corporal stabbed with a poison arrow in Marakwet west. Photo/courtesy.

A police corporal attached to Kaptabuk police post,Koibarak location in Marakwet West sub county stabbed to death by a brother of a suspect who had illegally harvested maize of one complainant Wesley Biwott Chemisto.

According to a police report seen by this opera news hub writer,stated that Police constable Morrison Ndungu and corporal Julius Mengich Kipserem police officer attached Kaptabuk Police Post were on foot patrol at Koibarak Location responding to a complaint lodged at the post by one Wesley Biwott Chemisto about one namely Adams who had harvested his maize.

He was later referred to Moi Teaching and Referral Hospital but was pronounced dead on arrival.The scene of the incident was visited by senior police officers from Marakwet.

The body of the deceased moved to Moi Teaching and Referral Hospital mortuary for preservation and awaiting postmodern medical examination.

The culprit managed to escaped from the scene and police have launched a manhunt for his arrest.

Video: Drama in Kirinyaga Central as UDA and Jubilee Supporters Clash Over What IEBC Did

Presidential Results Updates According To Nation Africa as at 7:48 Pm.

"For Us Who Will Win, We Shall Be In Govt..." Wetangula's Message To Raila After Elections Ended Well