The Kenya National Highway Authority has called upon kenyans to make sure they stay vigilant while driving in different roads all over the country after an accident that occured along the busy the newly constructed Nairobi expressway.

In a news report that has been shared by a reliable source of information, it has been revealed that the accident occurred the driver of the Psv allegedly lost control of the vehicle before ramming on the a Prado that had been parked beside the road.

Addressing this issue, police officers who are currently investigating this incident have revealed that over 20 people have been rushed to the hospital where they are currently receiving medical treatment. Luckily, it has been revealed that no one died in the accident.

Speaking about the increasing number accidents in the country, the Kenya Highway Authoritu has called upon kenyans to make sure they stay vigilant while operating on different roads all over the country especially during holiday seasons when most people tend to die in accident related deaths while traveling to different parts of Kenya.

While reacting to this accident, kenyans who took to their different social media accounts to express their opinions and suggestions on the matter have called upon the government to look into the already increasing number of accidents in the country after a man allegedly died in an accident on the same road.

According to the reports given by most Kenyans, they claimed that it was so unfortunate that the government is yet to do something about the increasing number of accidents in the country despite the fact that people are currently Loosing their lives on a daily basis on these roads. 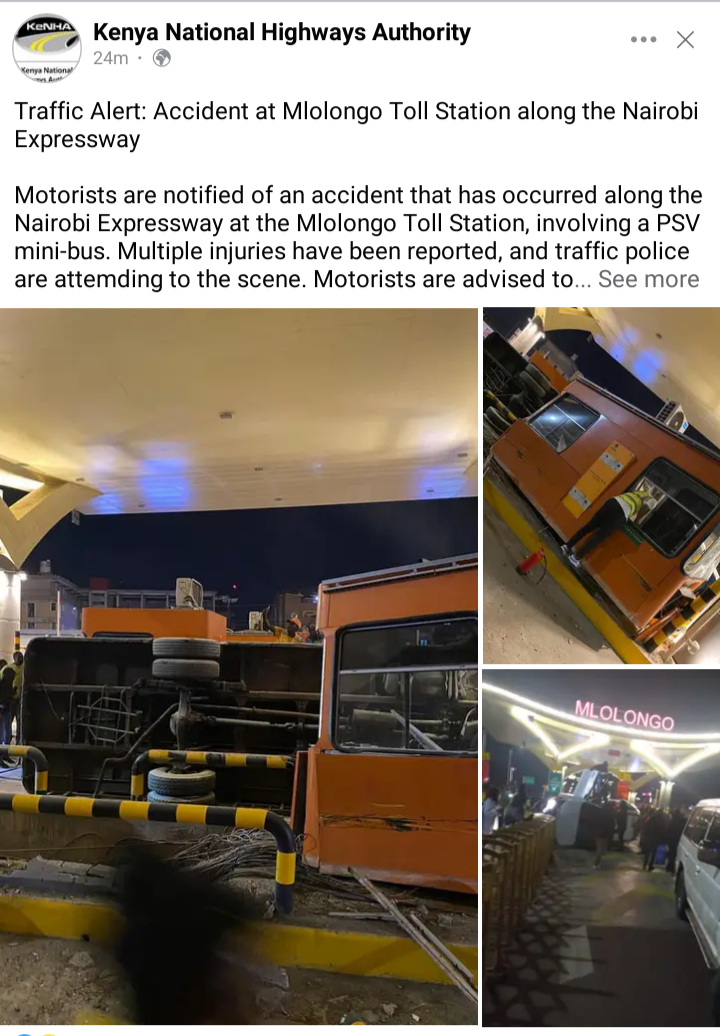