A man has been shot dead in Elgeyo-Marakwet following an incident that happened today in the evening after an unknown number of bandits allegedly attacked a group of herders who were looking after their Cattles in two different villages. 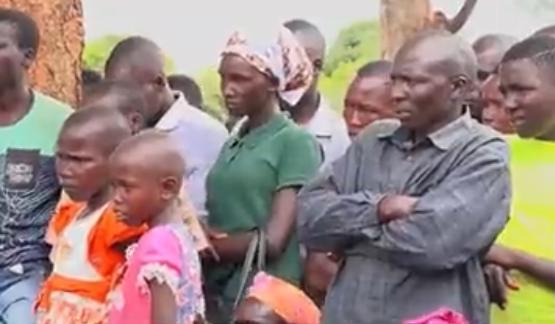 In an incident that happened today in the evening, it has been revealed that several bandits ambushed several villagers after which they opened fire killing a man on the spot. However, several other residents are reported to have been rushed to the hospital where they are currently receiving medical treatment.

Reacting to this incident, one of the locals of Elgeyo-Marakwet has revealed that they are currently living in fear of the unknown to the point where some of them have been forced to keep their children at home on claims of keeping them safe. According to the woman, she claimed that they don't have faith that police officers will protect them.

"They just came out of nowhere and opened fire. I don't know what the government is doing about this because in as much as we would like to say that the government is going to take care of us, it's not. You can clearly see what is happening here, everyone is living in fear of the unknown. Our kids can't go to school because these bandits don't have hearts, they have killed several school going children in the past few months and will kill again and again. I'm left to wonder as to why we're even working. Are we working o pay these suspects or to feed our families?",she said.

A number of local politicians who expressed their fear and concerns over the rising cases of attacks have called upon the government to improve their infrastructure. For these politicians, they claimed that this is one of the reasons why the suspects can't be arrested.