A 46 years old man from Kirinyaga county in Mwea town was arrested after killing his lover. According to report Simion Maina struggled his 30 year old girlfriend in their rental room. 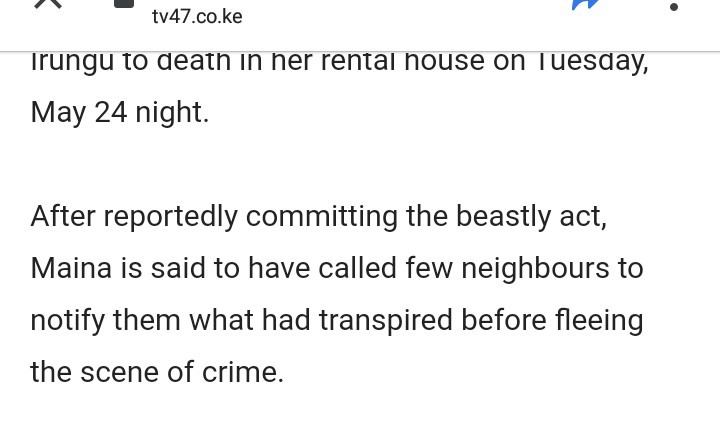 Simion later reported the incidence to his neighbours and later run away. Those who were present revealed that, Simion told them that he found his wife with another man in their rental house.Later they went to the rental house where they found the lady lying on the floor bleeding from the neck.

Anthony Mbogo, Mwea East Sub County Police officer confirmed the incidence saying that the man might have killed his lover due to love affairs.

" we have arrested a man at Mwea town after alleged struggled and killed his lover due to love affairs. The man who identified has Simion Kamau is detained in Wanguru Police Station, " Anthony was quoted.

Maina was later arrested in the same town and taken to Wanguru Police Station awaiting to be charged.

The body of the deceased was taken to nearby mortuary awaiting for postmortem examination. 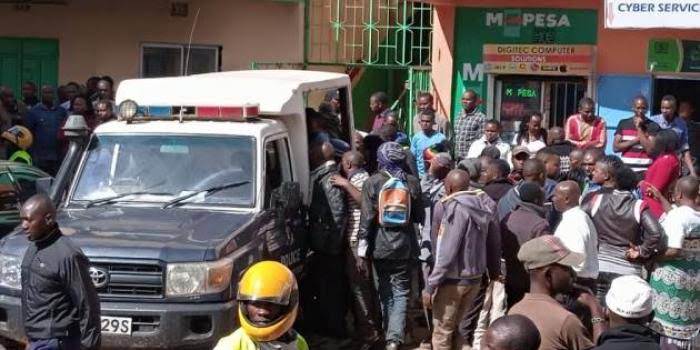 Nairobi Man,27, Beaten To Near Death By Locals After Killing Sister,9, For Being Disabled And Burden