By The_Political_View (self media writer) | 22 days ago

The Directorate of Criminal Investigation (DCI) officers on Monday September 27th conducted a rescue operation in Tanzania and brought home a 14-year-old girl who had been kidnapped in Nyeri last month. 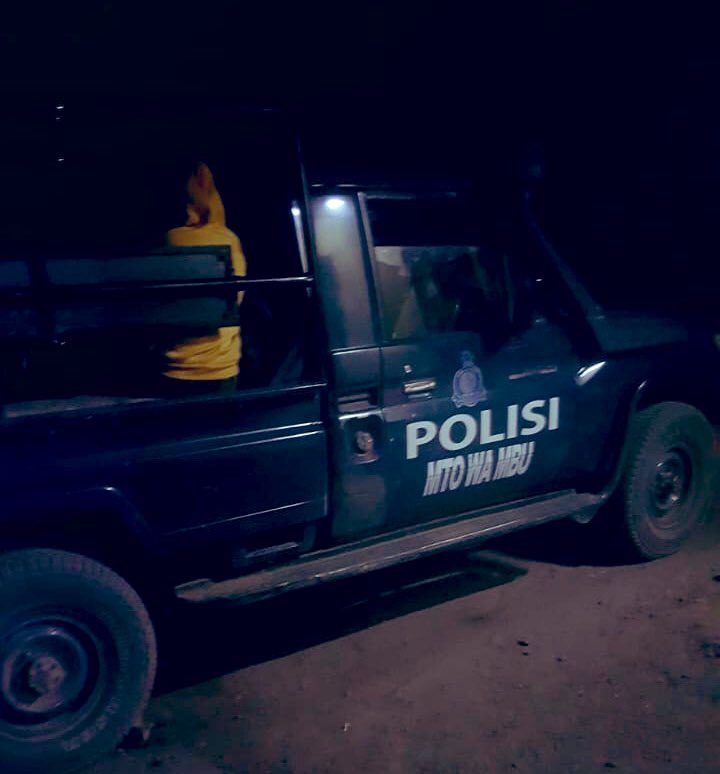 The teenager, who was on her mid-term break at the time, vanished in the early hours of August 25 after walking out of their house to relieve herself.

Her parents were taken aback the next morning when they discovered their daughter was not in the house. 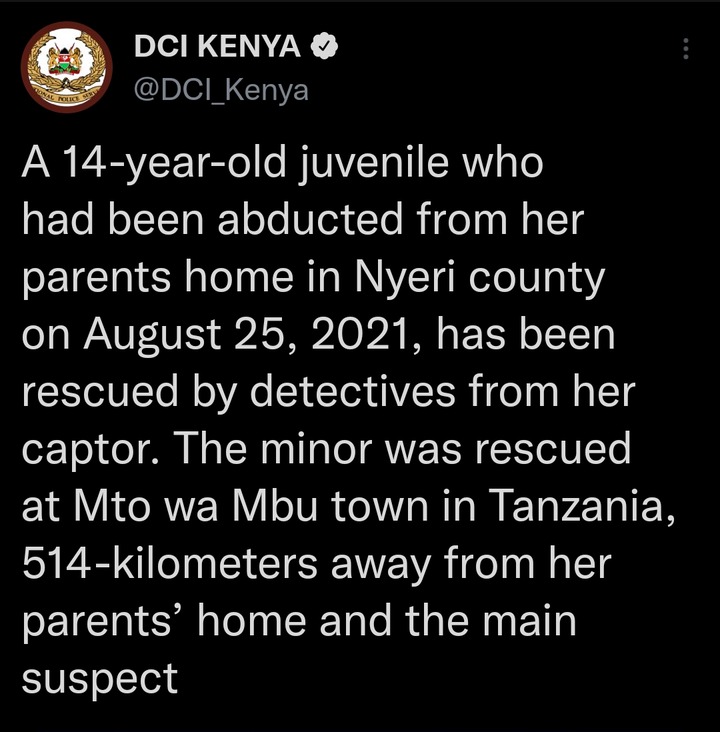 Her disappearance was eventually reported to the Gatitu Police Station by her parents. The case caught Nyeri DCI officer John Gacheru's notice, and he took charge of the inquiry.

The file was forwarded to the directorate's headquarters for specialized action due to the severity of the issue. 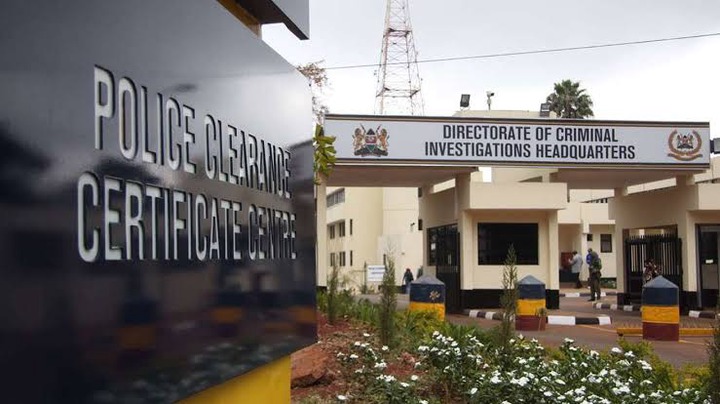 The culprit was captured on Monday morning in Engarika, Northern Tanzania, after more than four weeks of investigation, and the girl was rescued.

The rescue was a collaborative effort by Tanzania's elite Special Service Unit and the regional criminal office in Arusha.

The reunion of the Class 8 student with her family and friends was emotional, as it was a relief for the family to finally find peace.

The suspect, who worked as a night watchman near the girl's home, is being held at a police station in Tanzania's Monduli District. He'll be charged with rape and kidnapping at his arraignment.

The mission's success, according to the DCI, was due to Interpol's prompt response in assisting the SSU detectives in forming a partnership with their Tanzanian counterparts.

Revealed: Amount Of Money Old Woman Lynched In Kisii Had Pleaded To Give To Have Her Life Spared