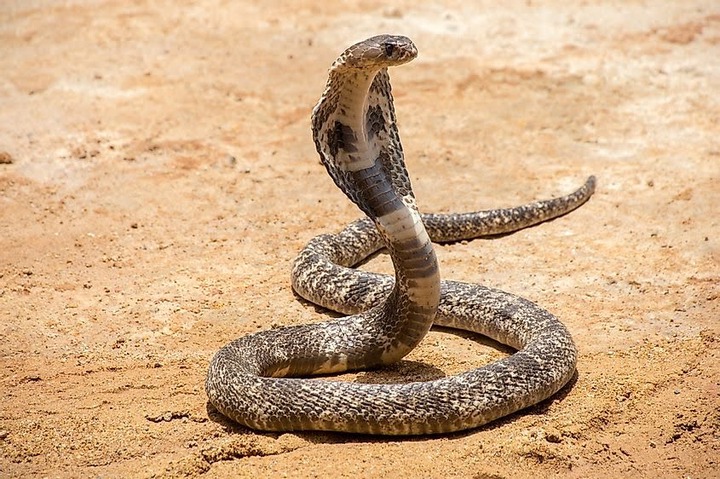 A Cobra. Photo used for illustration purposes only.

Kenya has been rocked by rising cases of domestic violence. In the last 72 hours, we have lost two of our celebrated athletes due to domestic violence. It seems it is not only in Kenya as reports show that a man from India has been jailed for two life sentences. The man was convicted for killing his wife using a venomous cobra.

The man who has been identified as Sooraj Kumar set loose the poisonous snake to where the wife known as Uthra was sitting. The wife was rushed to hospital after the bite. She was admitted for two months before she could go home. After being released from hospital, she decided to go to her parents home to recover. She felt that she was more safer there.

Kumar seems he had set himself to murder the wife by all means. When he could not find another cobra, he visited a snake handler to buy one. He then visited his wife at her parent's home where she was recuperating after the earlier bite. He waited until she was sleeping and threw the second cobra to her. The poor lady had survived the first attack but the second one proved fatal. Considering she was still weak and ill after the first cobra attack, she died almost immediately after being bitten by the second one.

While in Kenya most domestic violence cases are about insecurity, for Kumar and Uthra it was different. Kumar wanted more dowry from Uthra's parents. In India, it is the women who pay dowry. The man seems to have a heart of stone. Even after killing their daughter, he went ahead and told Uthra's parents to give her more dowry. Judge and prosecutors described the case as rarest of cases. He will serve for two life sentences in prison with no option for parole. 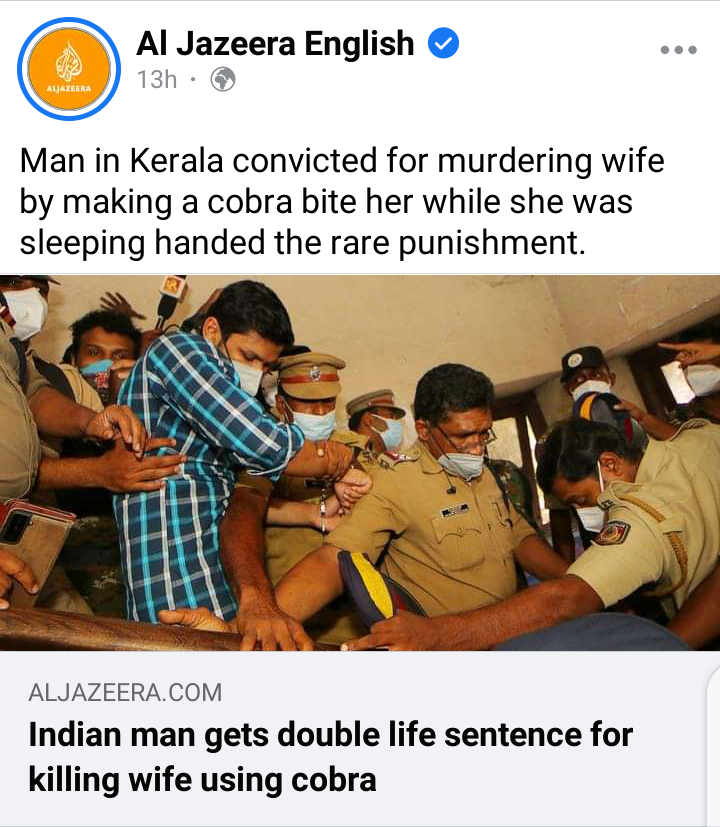