A family from Majengo in Mombasa has called upon the director of criminal investigations along with kenyans to help them find their missing son who is reported to have been Abducted by unknown people on the 14th of October. 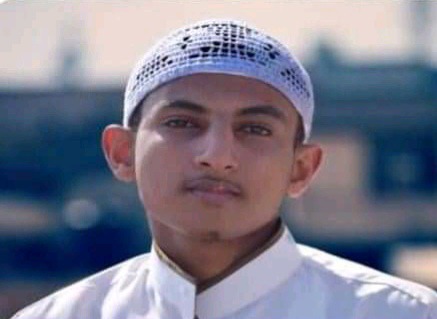 Taking to Haki Africa to confirm the incident, it has been revealed that the victim who has been identified as 22 year old Mohammed Abubakar was allegedly Abducted by unknown people who allegedly pretended to be police officers before pulling him into their vehicle

In the past few months, a number of kenyans have gone missing under unclear circumstances where some have been found dead, alive as others are yet to be found.

While reacting to this incidents, the inspector General of police, Hillary Mutyambai has called upon kenyans urging them to make sure they report this incidents as soon as they happen instead of posting it on their social media accounts. 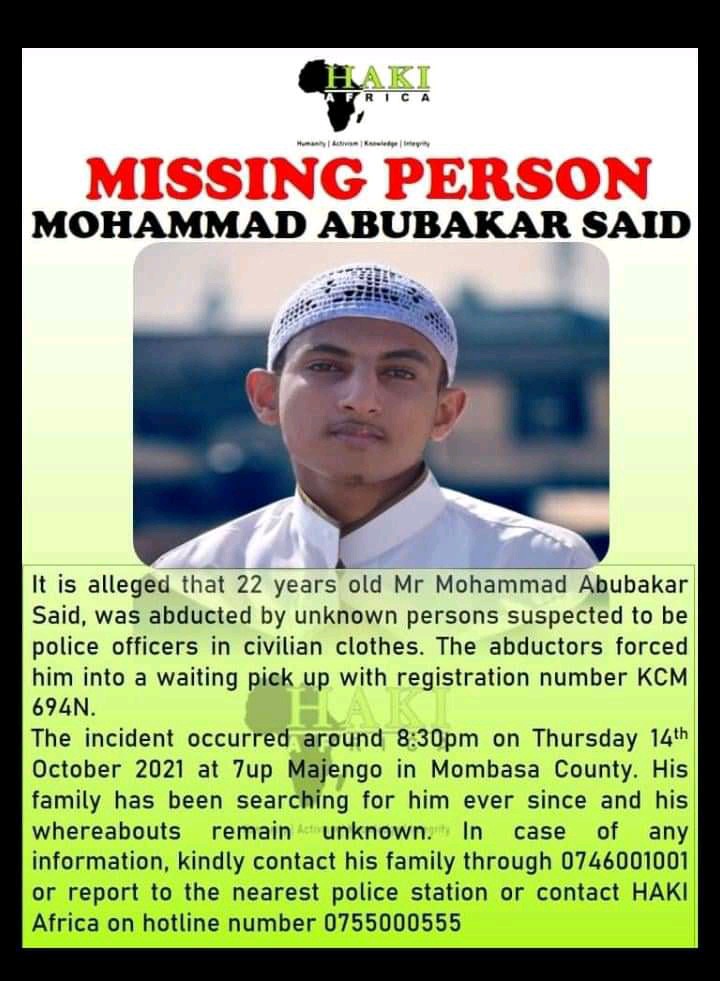 Revealing what happened, the renowned business man who was rushed to the hospital said that his abductors didn't let him see their face adding that they were covered. In his own words, he said that they allegedly dumped him in the middle of the road after which they fled from the