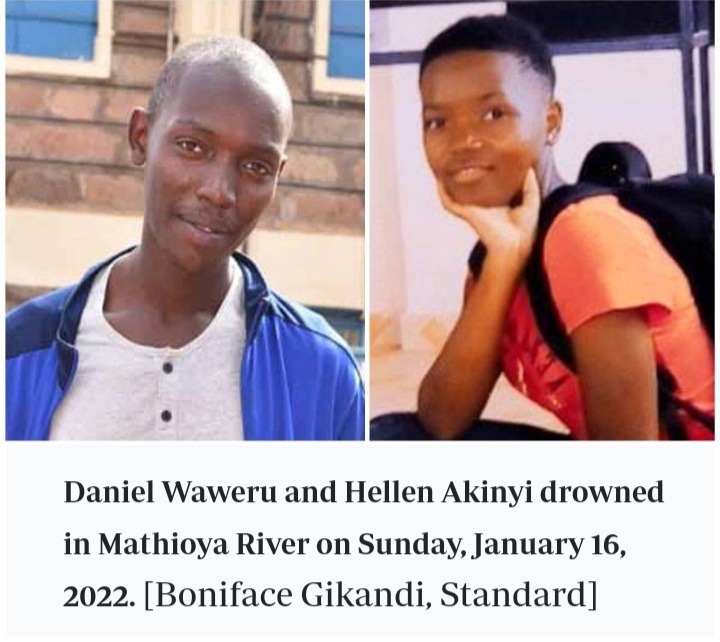 Confusions as divers were unable to pull out the bodies of two college students who drowned to death during photoshoot.

Police, however, revealed that the remains of the two students of Michuki Technical Institute will be pulled out soon from Mathioya River, few days after they fell into the river.

Plumbing student Daniel Waweru together with Secretarial Studies colleague Hellen Akinyi were on tour along the river bank at Karugia falls before Akinyi fell into the river. Mr Waweru also tried to swim trying to save her, but she also drowned to death.

Kangema Sub-County Police Commander Phillip Wambugu who confirmed the report revealed that rescuers were unable to pull out the bodies due to the unforgiving rainfall that had wrecked havoc in the area over the last two days.

Also, the are where the remains are believed to be trapped is dangerous as it is deep and the rescuers are unable to locate them.

He maintained that it had been difficult for the search team drawn from the Murang’a County Government and freelance rescuers to find the exact area where the two bodies are trapped because of the heavy pressure below the river. 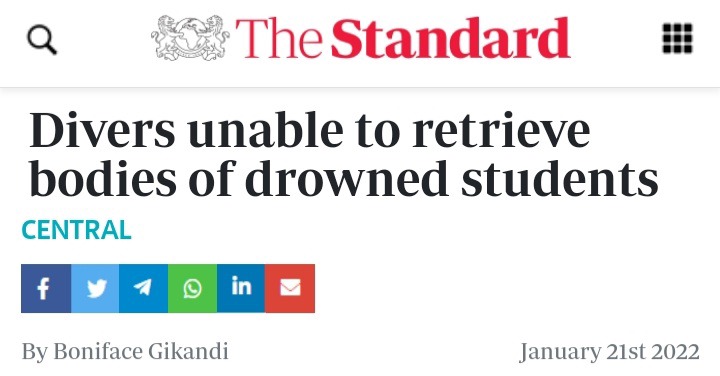