Police officers from Njoro in Nakuru County are currently investigating an incident that happened today in the afternoon after close to 5 people allegedly went blind before Loosing their lives in unclear circumstances after consuming what they termed as illicit brew in one of the local joints in the region.

"At first they were just okay before they started claiming that they were experiencing some type of stomach ache. This didn't last long before they all went blind and eventually started falling and dying one after another. It was like a Zombie apocalypse, I have never seen anything like this", the man said.

While reacting to this incident, a senior police officer from Njoro has revealed that they are currently searching for the man who is suspected to have been the main seller or rather, the owner of the local joint that claimed the lives of the men who came from the same village.

"We have started our investigations and as you have seen, over 5 men have just died like that. We were told they all died after consuming the illicit brew that had been made by one of the men who owns that joint. We're looking for him", he said.

Adding on to this matter, officers from Nakuru have revealed that they are currently doing rounds all over the region in search of any similar joints. In his own words, he said that they were going to make sure they close all the joints selling illicit brews in the region. 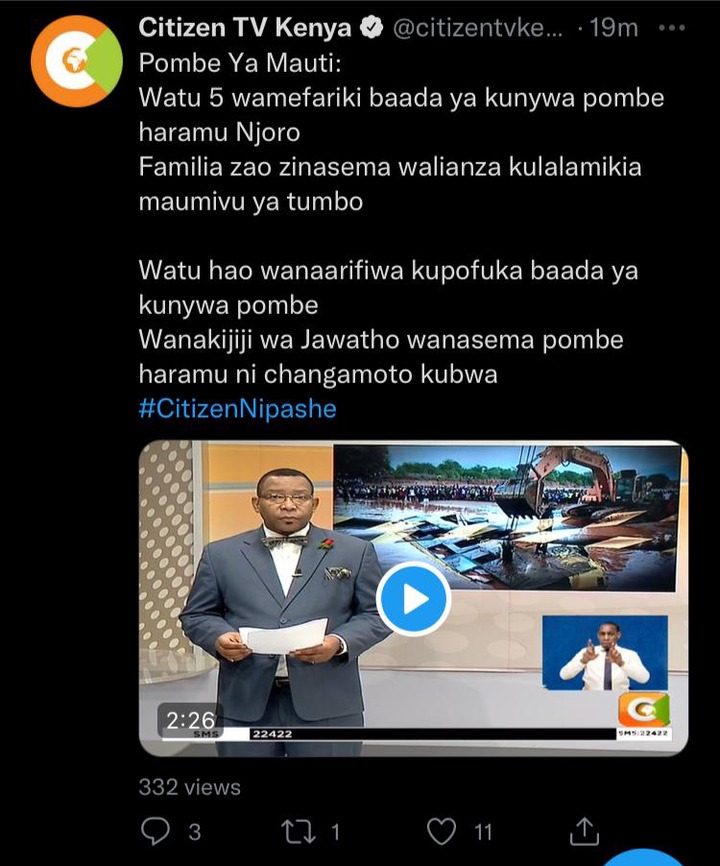