By Kjones (self media writer) | 4 months ago

They way people are killing each other has gradually continued becoming a national disaster that deserves to be addressed. Many murder and suicide incidents have been reported across the country shifting from one county to another. The more such things continue happening is the more people continue normalizing it as the remedy to some issues. 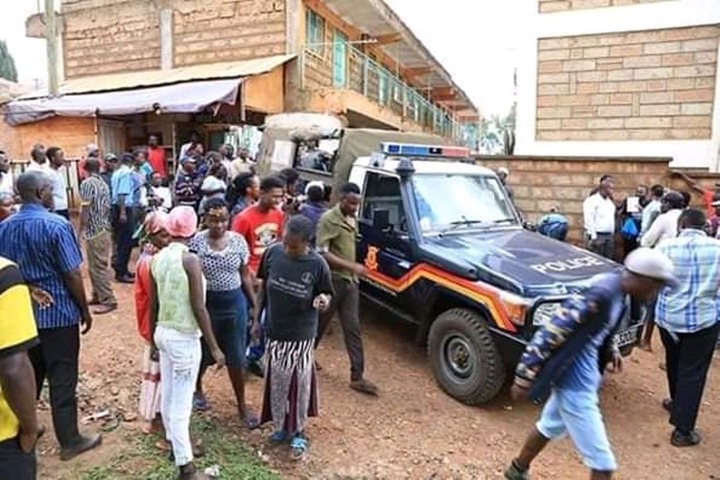 As we speak, there is a father who is said to have murdered his two children before he turned against himself commiting suicide. According to Tuko News, it is said that the 44 year old man used a Machete to kill his two children in Kisii County. The incident happened at Bochura village. 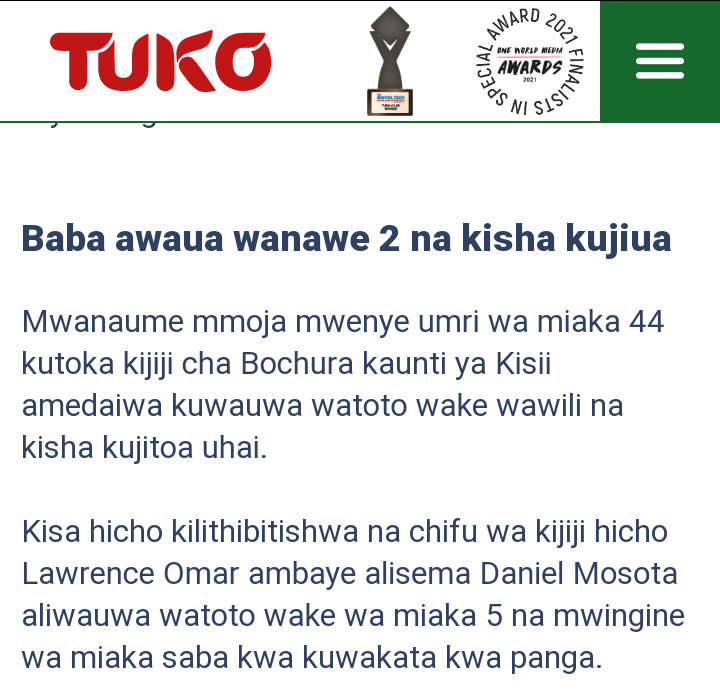 According to the area chief, it was confirmed that the man killed the two using the Machete. One of the children was aged 5 years old while the other was at 7. After commiting murder, he turned against himself and commited suicide over a reason that is yet to be revealed.