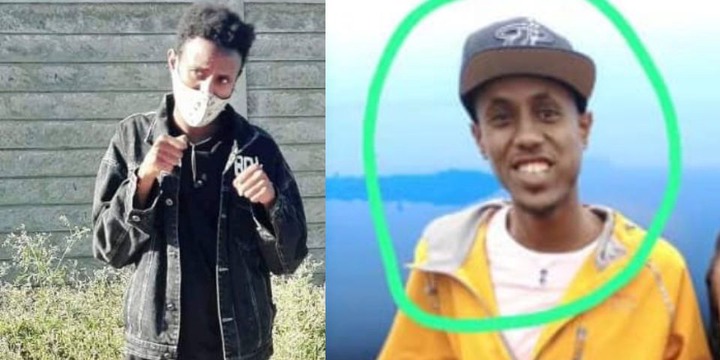 A family of a senior Independent Electoral and Boundaries Commission(IEBC) from North-Eastern are in mourning after their son was stabbed to death in Kitengela, Kajiado County.

Jibril Abdulahi,26, a journalism student and a son to North-Eastern Senior IEBC officer was stabbed by a man who allegedly confronted him in a bar over the bartender.

Jibril was at the pub with his friends when a middle aged man confronted him accussing him of having a relationship with his Ethiopian girlfriend.

The two are said to have argued before the suspect drew out a knife and stabbed him. He later escaped after mob bayed for his blood.

He was stabbed on the back right hand side that led to severe bleeding. 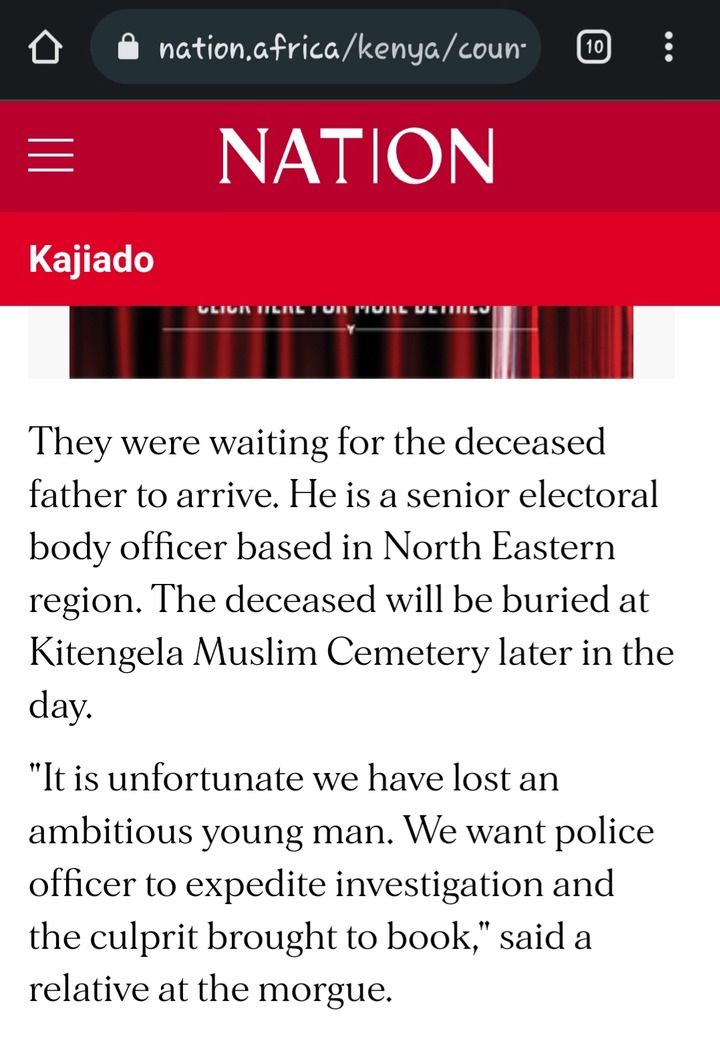 The revellers who witnessed the incident together with his friends rushed him to Kitengela Sub-County hospital but was pronounced dead on arrival.

Police who arrived at the crime scene managed to recover the weapon used.

According to a police report, the deceased and the bartender were in constant communication, something was evident from his mobile records that are in possession of the police.

Manhunt for the suspect has been launched as family called gor speedy investigation to bring the culprit into police custody.

The deceased is expected to be buried later in the day at Kitengela Muslim Cemetery.