By ouchoh (self media writer) | 7 months ago 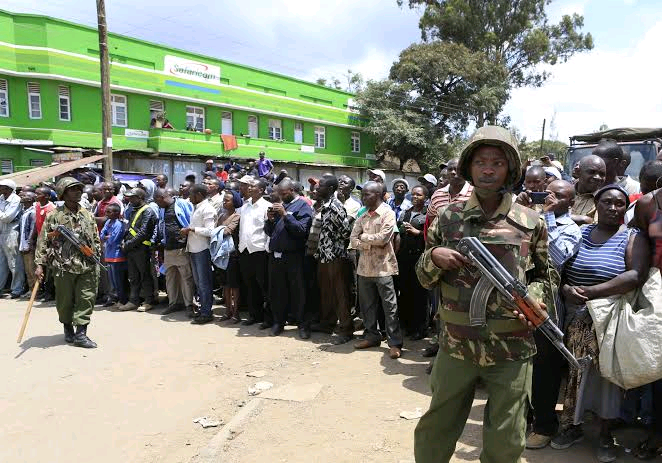 Panic gripped Embakasi residents on Wednesday afternoon after robbery gang shoots businessman and stole Shs1.1million from him in broad daylight.

The gang reportedly fled the scene after inflicting grievous bodily harm on the businessman on Wednesday afternoon.

The miscreants moving on a motorbike shot the victim and later stole Sh1.1 million from in a dramatic robbery ordeal. 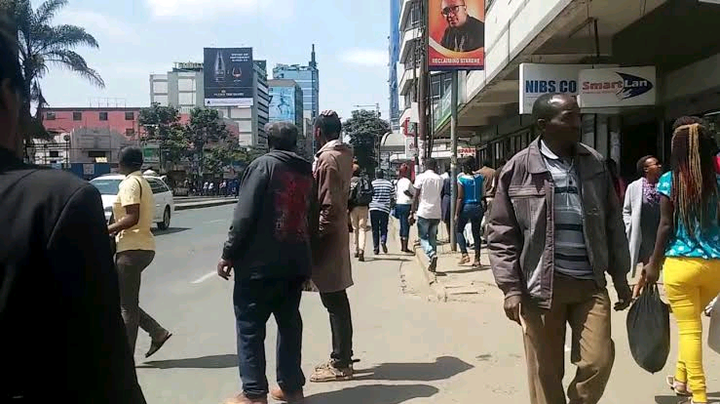 Embakasi Sub-County Police Commander John Nyamu who confirmed the incident noted that the businessman was coming from the bank in Donholm when he was stopped by the gang moving on a motorbike near Cabanas area.

A struggle ensued and the businessman was left nursing injuries after being shot in his groin and the gunmen stole the 1.1 million from him.

“We are yet to establish how they had knowledge that he went to withdraw the money. The gunmen are still at large, but we promised to catch up with them,” Nyamu said.

The businessman boarded a matatu upto Taj Mall and later picked a boda boda to Cabanas for another transaction when the gunmen approached him. 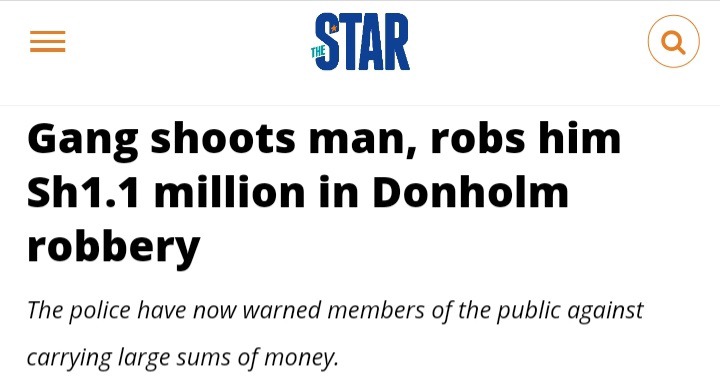