Sonko: I'm Unable to Pay School Fees for My Kids 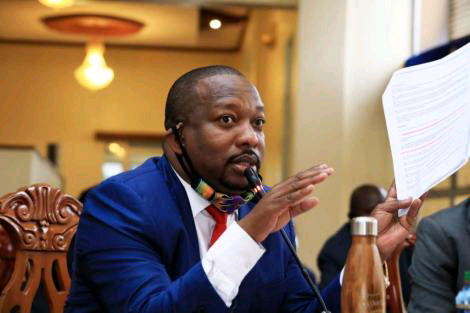 Mike Mbuvi Sonko, the former Nairobi Governor, now claims he is unable to meet his own and his family's demands, including paying school fees for his children.

Sonko wants the court to release the Ksh15 million he put up as cash bail in a graft case, according to an application filed in the High Court.

To avoid a financial crisis, he wants to be able to replace the cash bail with other assets as collateral.

“I am requesting that the court allow me to post security instead of cash bail so that I can use the money to take care of my health, pay my children's school tuition, pay my lawyers, and meet my and my family's daily needs,” Sonko stated.

Sonko claimed in his application that he has no other source of income and that since his accounts were frozen, he has struggled to provide for his family.

The former governor, on the other hand, has put together three high-end automobiles worth Ksh30.4 million that he is willing to give to the court in exchange for his Ksh15 million cash bail.

Sonko's lawyer, Philip Kaingu, explained to the court that his client has no intention of avoiding court appearances.

“The graft charges against him have gone well, with more than ten witnesses, so there is no possibility of him fleeing the country,” said the prosecutor.

It is in his best interests for him to be allowed to post a bond instead of cash bail so that he can support his family,” Kaingu added.

Sonko stated in his statement that he raised Ksh5 million and that his friends provided the remaining Ksh10 million to secure his release.

He went on to deny that Nairobi deputy governor Anne Kananu was paid Ksh10 million, claiming that she just served as treasurer to collect money from friends.

In December 2019, the former city manager and several officials were accused of conspiring to embezzle monies from Nairobi County.

According to the prosecution, Sonko handed contracts to companies after receiving Ksh39 million in kickbacks from some of the dealers.

He was charged with three financial offenses, including money laundering, conspiracy to commit graft, and conflict of interest, among others.