Do you still remember the story of Lawrence Warunge from Kiambu county? DCI has now confirms that the 22-year old man is fit to face trial. Lawrence earlier revealed that he was inspired by a movie series to kill his parents, brother, cousin and their farmhand. 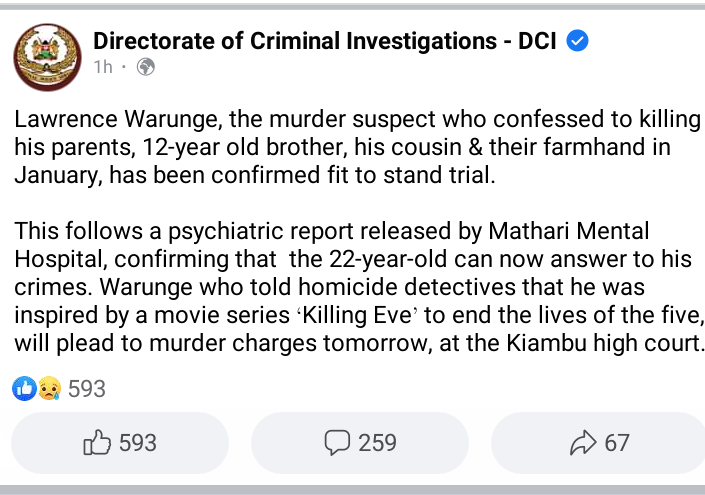 "Lawrence Warunge, the murder suspect who confessed to killing his parents, 12-year old brother, his cousin and their farmhand in January, has been confirmed fit to stand a trial." Said Directorate Of Criminal Investigation.

Lawrence had alleged that he felt neglected by his parents, and that his younger siblings were also siding with them. 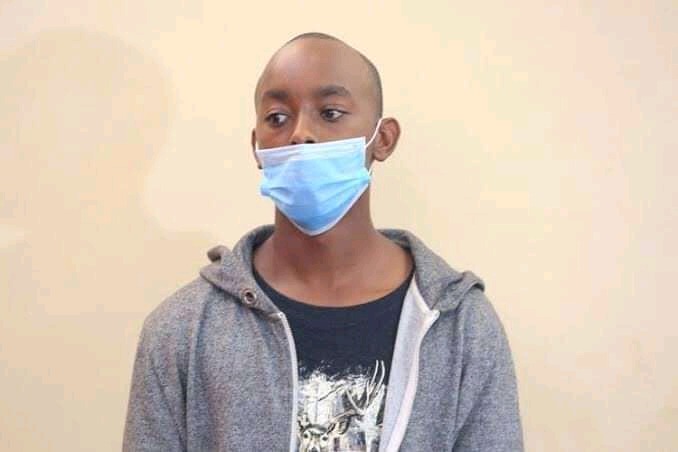 Though it was initially suspected that there were atleast three killers at the scene, the probe confirmed that the Lawrence was alone. After his shoes got soaked in blood, he removed them and walked outside the house with his socks. He later put on the shoes which were recovered in Mai Mahiu before finally putting on a woman’s shoes which he purchased from Thika.

What's your view? Should the boy face trial and face tough consequences? Leave your comment.

Content created and supplied by: erickko97 (via Opera News )