By TheReporterr (self media writer) | 11 days ago

In an incident that happened today in the morning, it has been revealed that the deceased were allegedly accused of stealing cattles by angry residents who immediately started beating them after which they left the two bodies lying on the ground in pools of blood.

According to the reports given by Citizen television, it has been revealed that police officers who are yet to comment on the incident were alerted by one of the locals after the two were murdered.

Expressing his fear and concerns over this incidents, the inspector General of police, Hillary Mutyambai in his statement urged kenyans to always make sure they follow the right protocol by taking suspects to the police station for more investigation and questioning instead killing them.

In his own words, Hillary Mutyambai said that Murdering of any suspects could get one arrested especially if the deceased is found innocent of what they had beeb accused of by their killers as it has been witnessed in the past where people have been proved innocent after being killed.

While reacting to this incident, a number of kenyans who took to their different social media accounts to express their opinions and suggestions on the increasing rate of Mob justice in the country have called out their fellow kenyans to often take the suspects to the police station to avoid Killing innocent people.

At the same, they went ahead and urged police officers to always ensure that they prosecute the suspects instead of letting them go after being bribed. According to the reports given by most Kenyans, they claimed that residents often opt to murder suspects claiming that they might be released by corrupt police officers. 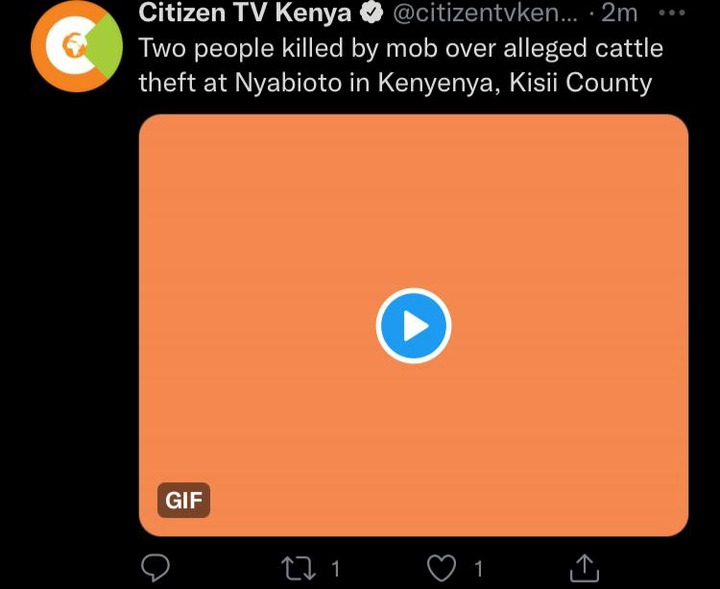 Why Did Raila Get Hostile Crowds In Day 2 After Being Welcomed Wholeheartedly?