By Olusabeti (self meida writer) | 24 days

Some few days ago, Milly wa Wahome appealed to the public to help reach her sister-in-law, Esther Wanjiku Thuku. Esther left Kenya to go and work in Saudi Arabia three years ago. She has been communicating with her family. However, Esther has been unreachable since 4th January. 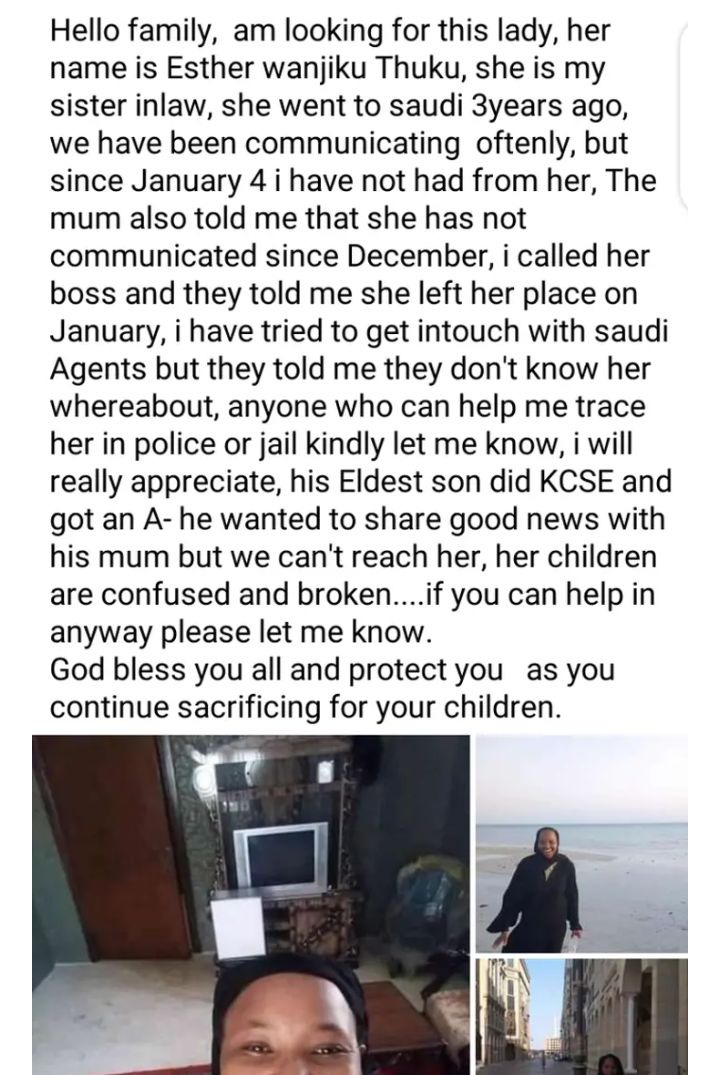 Milly shared on Facebook that according to the Ministry of Home Affairs, Esther died on 28th February.

A recent post on Facebook by Milly has revealed the last conversation she had with Esther. She also penned down several questions that are running in her mind in relation to Esther's death. The ministry did not give clear information on what killed Esther.

Milly added that it pains her heart that Esther died while in search of a living for her children. She doesn't know how she will break the sad news of Esther's death to her bereaved children. 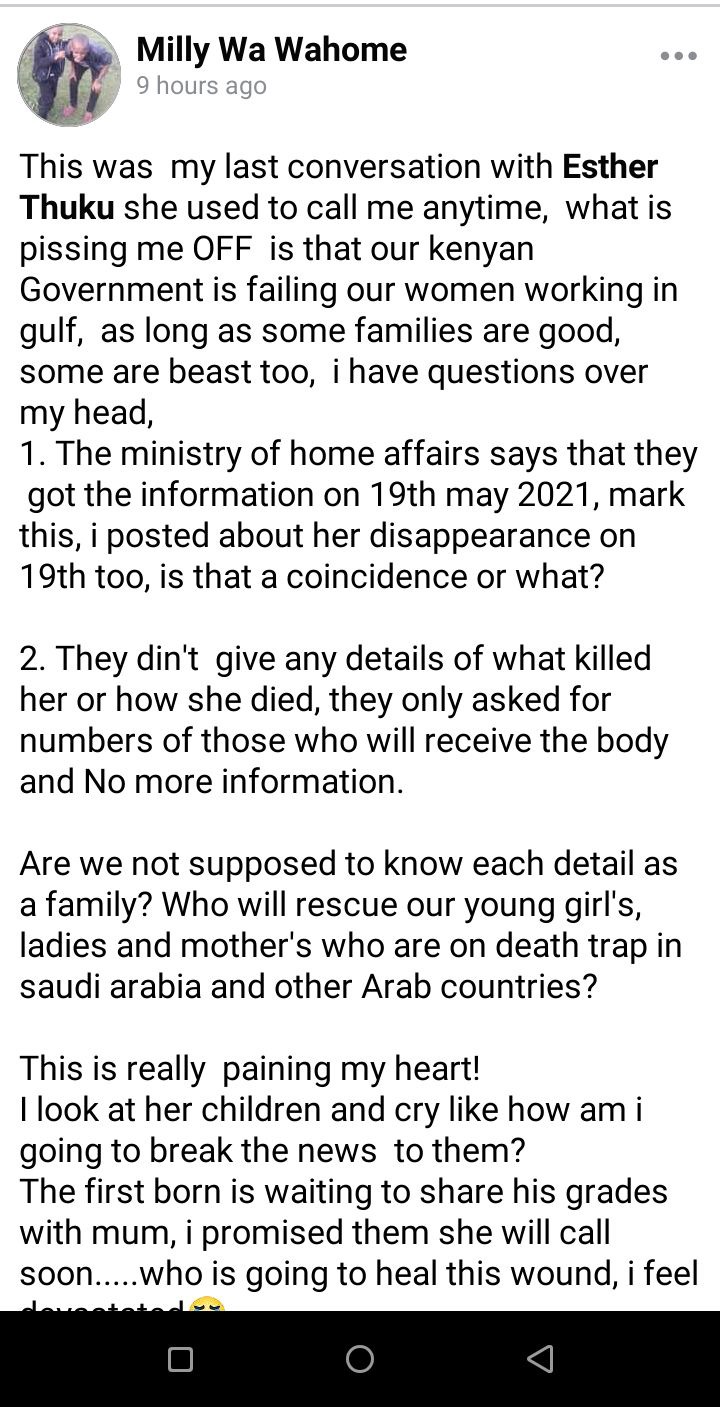 Last conversation between Milly and Esther

It is really heartbreaking that a lady who went to search a living dies in a mysterious way. We hope the bereaved children of Esther will have strength. May God see them through.

What is your view concerning mysterious deaths of Kenyan ladies who work in Saudi Arabia? Feel free to drop a rest in peace message to Esther as you comfort the bereaved friends and family.