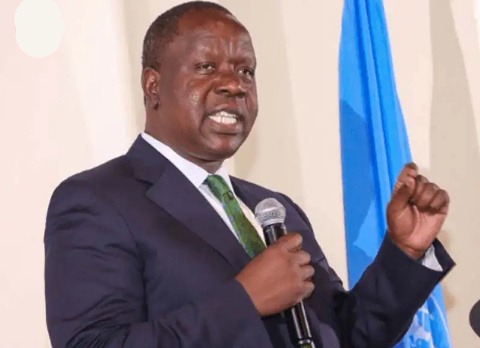 The former statehouse employee and the current spokesperson for the UDA Party Dennis Itumbi has come out to express his anger at the Cabinet Secretary for Interior and Internal Security Dr Fred Matiangi.

This is after the police officers arrested Campaign Committee members of the United Democratic Alliance Party, which is allied to the Deputy President William Ruto. The UDA members were holding a meeting in Kisii County on how they would organize grassroots campaigns in the region ahead of the upcoming General Elections next year.

A furious Mr Itumbi told the CS to stop using force on them for no other reason. He urged the Minister to instead use persuasion as it was the best method for solving disputes. It is well known that in the past the Powerful Cabinet Secretary had used the police force to disperse members of the Tangatanga factions allied to DP Ruto.

Itumbi also said that during the meeting they strictly followed Covid-19 protocols such as social distancing and wearing of masks. “This is DICTATORSHIP,” the vocal spokesperson lamented. 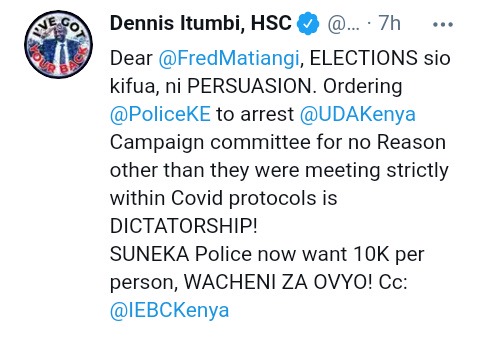 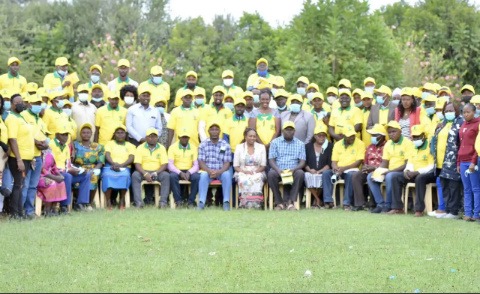