Top 10 Of The World's Most Dangerous Roads Anyone Will Fear Using; See Photos

By HarryJuma (self media writer) | 5 days ago 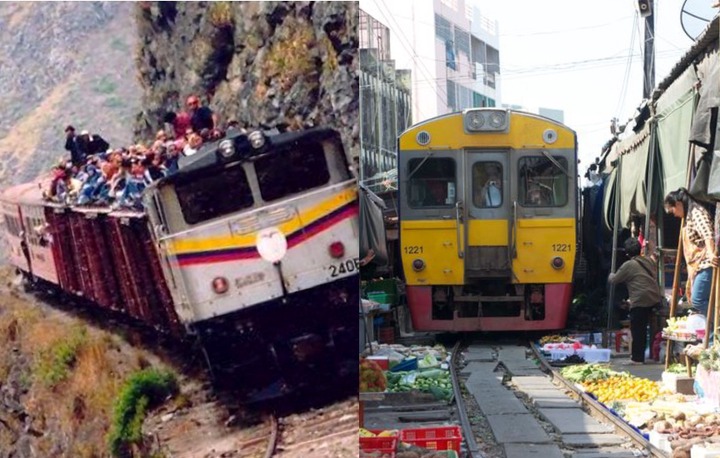 This is a 1.2 km tunnel that is dug through and alongside a mountain in China leading to a village called Guoliang.This is the only road that connects the village to the outside and anyone going to the village must use the road.

The road it extremely dangerous and the drivers have to be extremely cautious when using the road since the place is prompt to landslides. If you are not focused while driving, then you are likely to perish. The width of the road is only 4 meters. 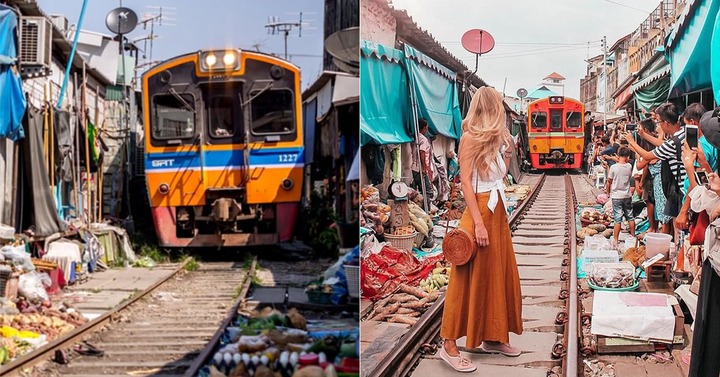 This is another railway that is extremely dangerous for a number of reasons. On a normal day when there are no trains, one may think the place is just a normal market place because different traders will be around with their tents going about their businesses. Anytime they hear a train approaching, they will fold their tents and their products to allow the train to pass and then come back again. That has to be done within seconds or else you may be a victim of circumstances. 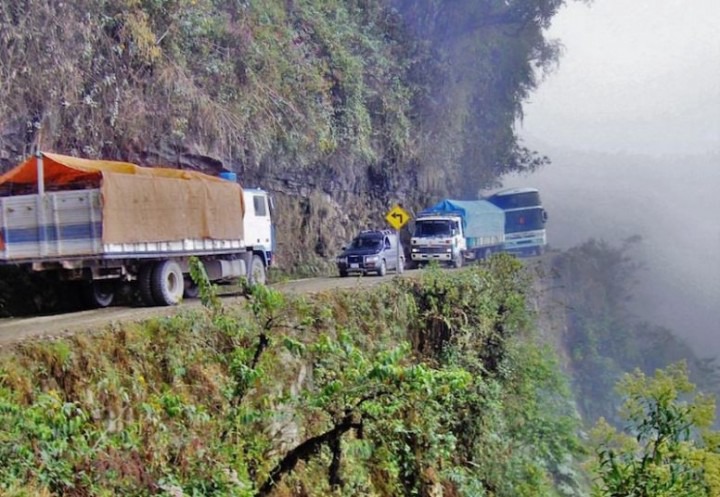 Yungas road is a 60 km road that is found in Bolivia. The place is one of the major tourist attraction sites in the world attracting a high number of tourists yearly. The road is also known by many as the 'death road' because driving along the road is extremely dangerous for all reasons. The areas along the road are known for extreme fogs, landslides and cliffs that often drop, until the year 1994 more than 200 drivers would die yearly. 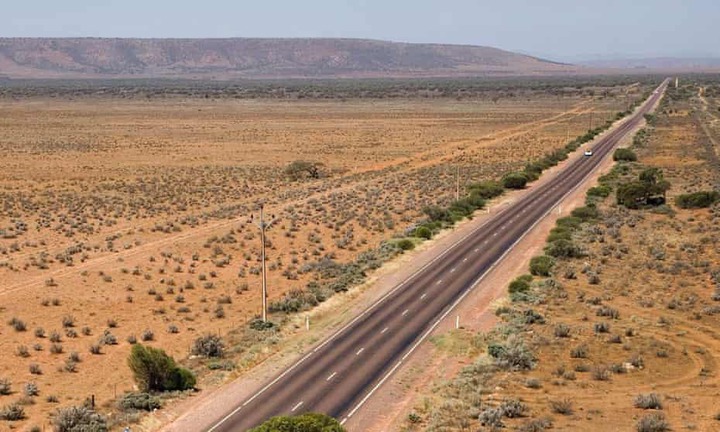 The highway is known for having a high number of accidents yearly and one may not even know by a mere look at the highway. The highway is 1600 km long. The road has been built so far from localities and it is very tiresome for most drivers because there are no resting places along the road. Drivers simply get tired and most of them have slept while driving leading to fatal accidents.

5. The nose of the devil railway 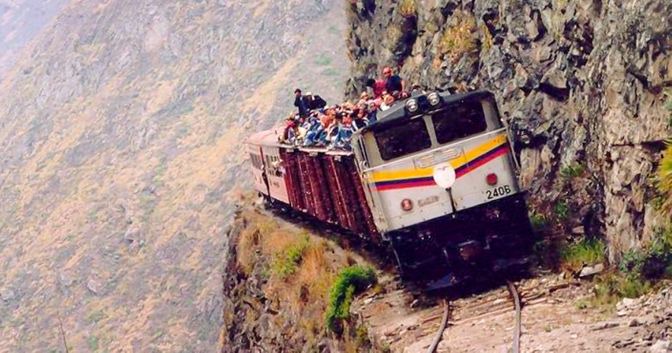 The 'nose of the Devil' railway is one of the most dangerous railways in the world. The railway has been built on a rock called nose of the devil and that is how it earned its name. It was so dangerous that even passengers were allowed to ride on the roof tops of the trains until recently when that was illegalized. 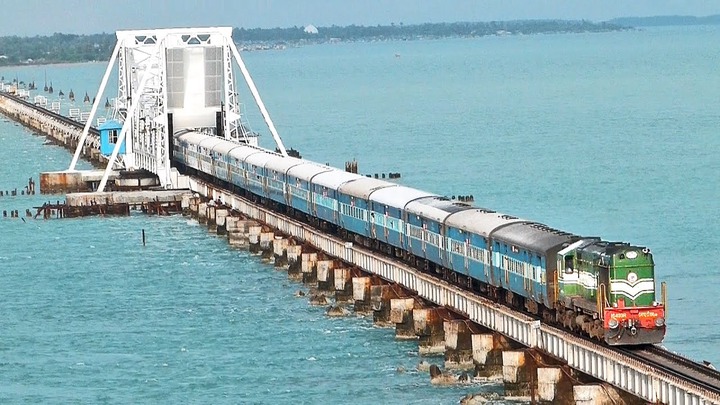 This is one of the most dangerous bridges in the world and it connects mainland India to and island in India. Since its first destruction in 1964 by heavy winds, it became unsafe to use anytime there are strong winds. The trains are not allowed to travel along the bridge anytime the winds are so high. 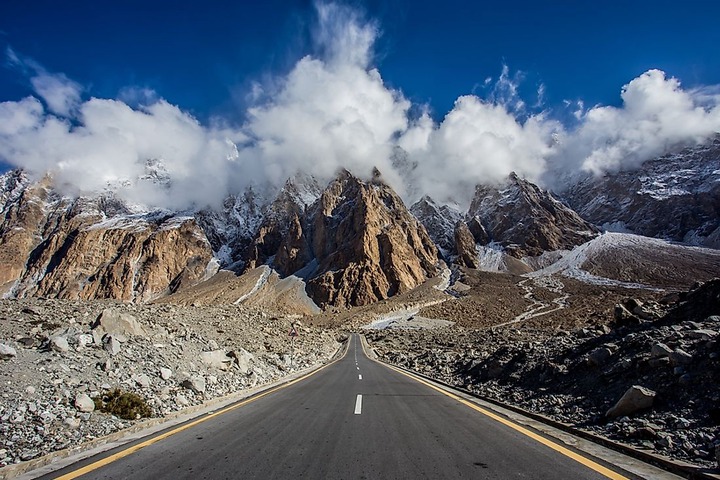 The highway is considered one of the most dangerous highways in the world. One of its major problems is the extreme high altitude on some sections of the road. The 1300km road has one of its sections with an altitude exceeding 4500m. The rains often cause landslides sometimes. The road is infact never opened during winter because it becomes extremely dangerous. 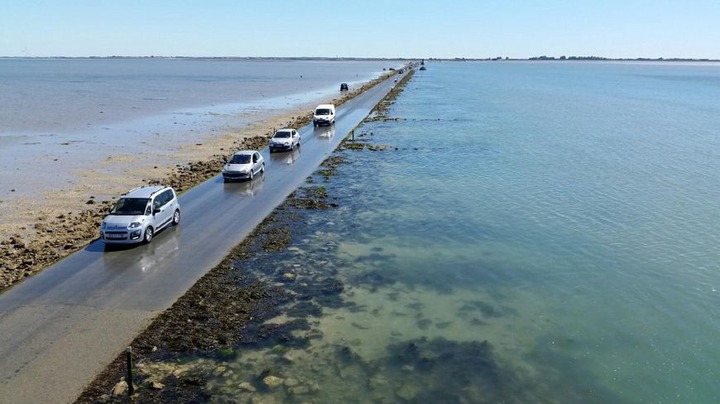 The road is found in France and connects Noirmoutier to France. Sometimes water covers the road which can be extremely dangerous when it is flooded.

This is another road that is considered one of the most dangerous. The road is located at an altitude of 3650m and cell phones don't work in this kind of altitude. It is dangerous and totally unsafe to travel on the road alone. A night the temperatures go to as low as - 30°C.

10. The James W. Dalton Highway found in the US The road is 666 km long and only about 200 km is covered with bitumen and the rest is covered with gravel. Out of the 666 kilometers, there are only 3 refueling stations and a medical center far apart. Anyone intending to use the road has to be checked by the local authorities to ensure they have all it takes to survive on the road.