By Deguevara (self media writer) | 6 months ago 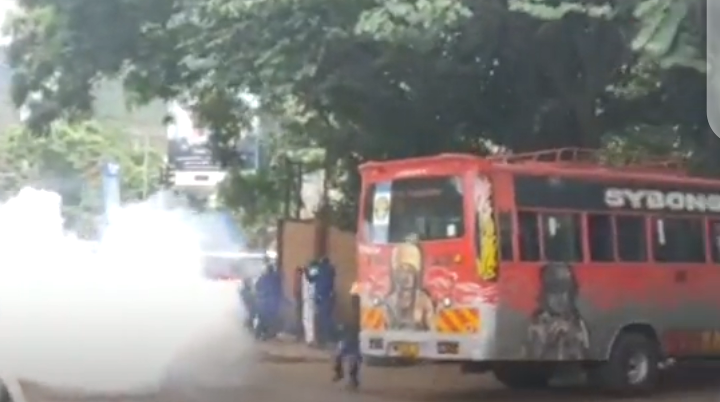 Police officers were forced to lobby teargas at the rowdy youths who were causing chaos at Jimmy Wanjigi's offices in Westlands.

The officers took the action after the rowdy youths demanded Wanjigi to be produced at the offices.

On Monday, around 9.30 p.m., an unknown number of officers arrived at the Kwacha Group of Companies offices.

According to sources, Wanjigi was holed up at the offices with his son and several staff members.The reason for the night raid is unknown.

According to sources, Wanjigi was having a meeting on his presidential candidacy before the raid happened.

Many people have claimed the raid is connected to attacks by Wanjigi on Raila Odinga.