Concerns have been raised over the mysterious disappearance of Bashir Mahmoud, a Kenyan man of Somali descent who is said to have gone missing a day after Eid-Ulfitr Muslim celebrations. 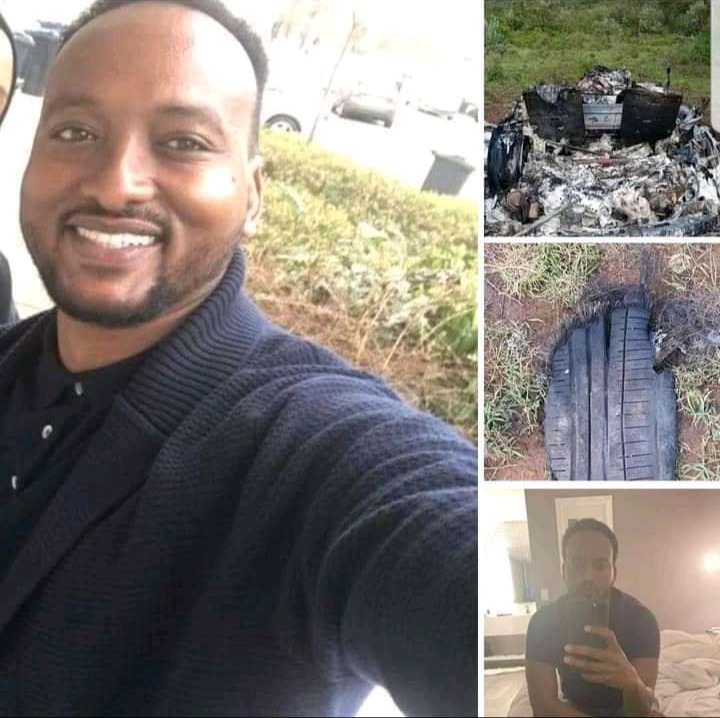 According to the reports given by different sources of information, it has been reported that the family of the missing business man decided to file a missing person's report after he allegedly failed to get back home.

This was followed by a dramatic scene after the director of criminal investigation mobilized a couple of police officers along with different Kenyan security agencies in attempts to find the missing business man.

However, in what might be considered as both good and bad news, agents from the director of criminal investigation are reported to have found the man's missing vehicle which had been torched and abandoned in a deserted place.

According to the reports given by the DCIs, they revealed that their search took them to the where the vehicle of the deceased was where they only found his car as his whereabouts are yet to be established. 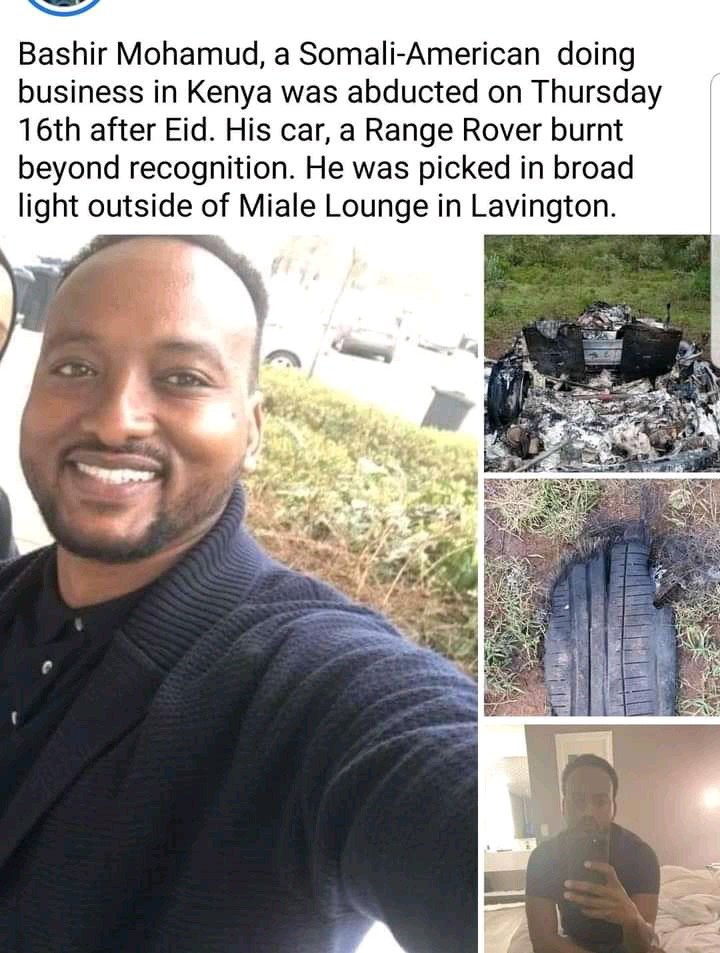 However, in a video that has since gone viral and is still making rounds on different social media accounts after being uploaded by controversial Kenyan blogger who goes by the name of Cyprian Nyakundi, the cctv Cameras are said to have caught the last moments of the man before he Dissappeared.

In the video, the man could be seen giving out large sums of money to a group of Kenyans under unclear conditions before he sped or rather drove off never to be seen again.

This video has however sparked alot of reactions from Kenyans who seemed to have different opinions and suggestions and with others saying that maybe he had been abducted by the same men who he gave money, others went ahead and called upon the director of criminal investigation to look into this issue of dissappearance before things get out of hand. 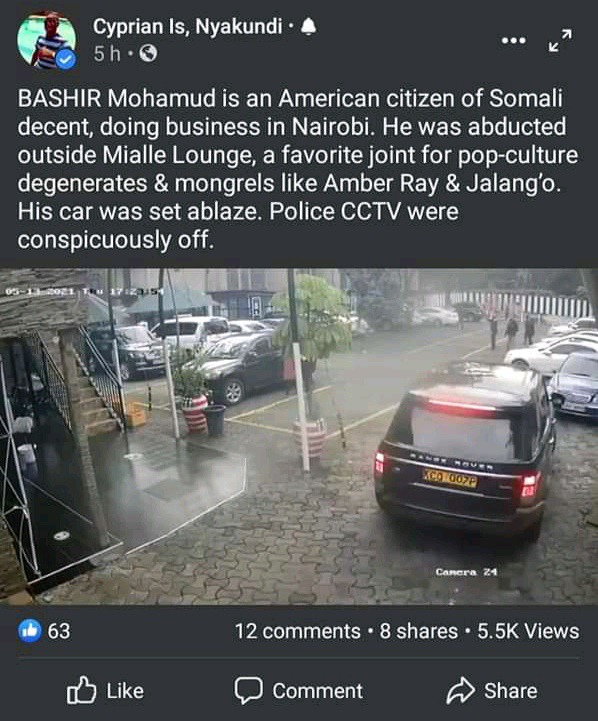 Click on the link below to view the video