By RuthMak (self media writer) | 1 month ago

Nakuru police are following up on a tip off that one of the masterminds of the Mawanga massacre may have been the first responder to a previous incident on Manyani Estate, in which a mother and her two daughters died in a house fire. 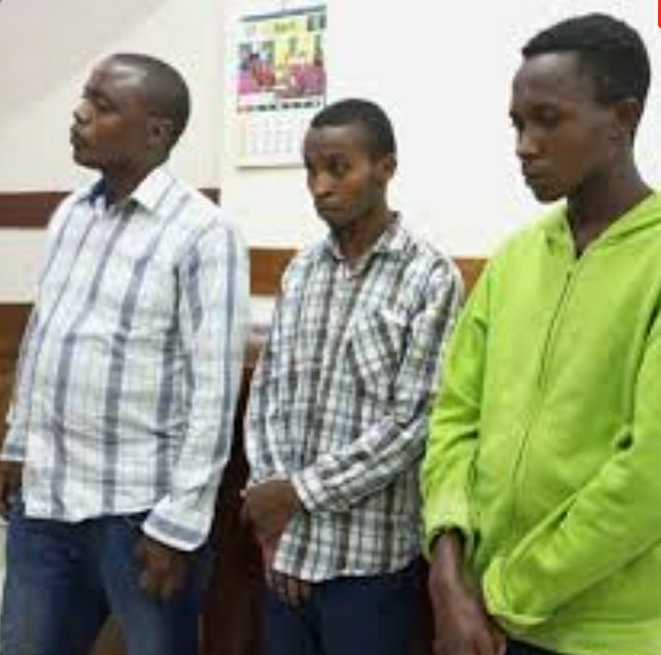 Josephat Simiyu, 24, was taken in a television interview as a witness describing how he and another man tried to rescue a woman, Judy Nyambura and her two daughters; Shadiya Wangare, 17 and Limsy Wanjiru, 11.

The three died at their home on June 1, 2022, and Nakuru East County Police Commander Wilson Nduati said the cause of the fire was not immediately known.

Simiyu was even arrested in connection with the murder of Mawanga and a photo posted by the Directorate of Criminal Investigations, DCI, on social media, where residents realized he was at the scene of a house fire in Manyani, last month. .

In an interview with Ebru TV after the fire that killed the three, Simiyu said his name was Josephat Juma.

Describing the incident, he said he saw smoke rising from the roof of the house and reported it to other residents who were trying to put out the fire.

I was connecting the water pipes to the construction site. When we arrived it was burning in the first room, but we could not enter the room because the door was locked inside.

We broke into the house and asked if there were any people inside but no one answered, he said during the interview.

It is now revealed that the suspect, who was working in Manyani at the time of the incident which resulted in the death of a mother and two daughters.

Police believe the suspect may have been involved in the killings, which took place in the same way as the Mawanga Estate.

In the wake of the Mawanga massacre, the attackers raided women's houses during the day and pretended to be an employee of a water company.

The attackers then raped the women, killed them and set their bodies on fire before fleeing the scene.

Josephat was arrested in Kivumbini after detectives arrested Evans Kebwaro, 24, in Keroka, Kisii late last week, as DCI believes he was responsible for the killings.

Yesterday, Chief Magistrate Principal Charles Ndegwa in the Nakuru court, allowed detectives to arrest Evans, Josephat and four others for another fourteen days before they were arraigned before pleading guilty.

In an application filed in court, CPL investigator Kennedy Mwachi asked for an expiration date on the suspects DNA profiling.

Prosecutor Corporal told the court the suspects had to be escorted back to Nakuru Teaching and Referral Hospital for a psychiatric examination before prosecuting them as required by law.

According to the prosecutor, the cases took place on different days between December 2, 2021 and June 24, 2022 in the Mawanga area and the initial investigation included six cases of murder, robbery with aggravating circumstances and murder.

At the time of the arrest the calls that needed to be taken for analysis were received and that the analyst's reports of samples collected in the squares would still be received from the government pharmacy.

Prosecutors further alleged that the suspects were also found with a motorcycle that required a National Transport and Safety Authority, NTSA certification to prove their ownership.

The suspects were arrested on July 1, and the investigative team needs more time to investigate the same issues.

The team has important and valuable information that can lead to the arrest of many of its colleagues. They need to follow official police procedures that include but not limited to recording statements, fingerprints and interrogation, reads part of the application.

Your prayers for the detention of the accused on the requested dates have been approved by the court, they will be presented to the court for a decision on the due date, concluded Mr Ndegwa.

The six will be arraigned in court on July 19.

Content created and supplied by: RuthMak (via Opera News )