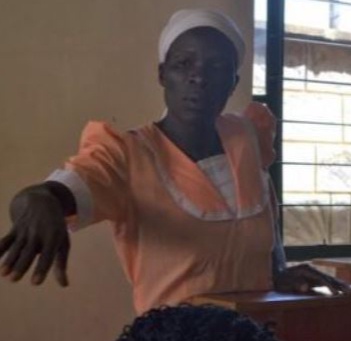 A woman who was accused and tortured by her neighbors for allegedly bewitching an eight-year-old boy broke down in tears before an Eldoret court as she narrated her story.

Appearing before court, Grace Naliaka recounted how she was dragged out of her home and frog matched to the boy’s grave while being caned by a section of her neighbours and the deceased’s relatives led by a military officer.

The complainant informed Eldoret Resident Magistrate Diana Milimu that she was accused of being behind the boy’s death through witchcraft.

She said her hands were tightly tied with a rope as she was frog marched to the graveside while being caned by a group of the neighbours led by the military officer in an effort to force her to confess she practiced witchcraft and was responsible for the boy’s death. 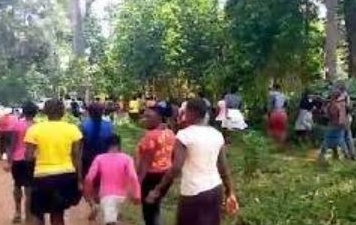 Naliaka who told the court that she was a ‘born again christian’ was testifying in a case in which David Chivosi (the Military Officer), his brother Augustine Ngairo and wife Centrine Namukuru (parents of the deceased) were been charged with assault and causing actual bodily harm.

The three were accused of jointly with others not before court that they willfully and unlawfully assaulted and caused actual bodily harm on the complainant. They allegedly committed the offense on March 11th, 2019 at Musembe village in Lugari constituency, Kakamega County.

Naliaka tearfully told the court  that she was forced to lie on top of the grave  facing skyward while being flogged for more than four hours in a ritual meant to make her face the same fate as the deceased.

“I was forced by the relatives to swallow soil they scooped from the grave as hundreds of villagers watched the drama from afar,” said Naliaka. 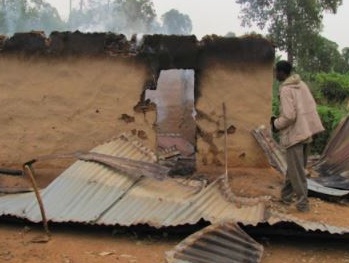 In his testimony, Naliaka’s son, Jacob Wambembe told the court he witnessed the deceased’s family members’ frog match his mother to the graveside while claiming she bewitched their son.

“When I tried to intervene to rescue my mother from being lynched, the crowd turned on me while armed with machetes and I fled to save myself,” said Wambembe.

He said he sought help from Lumakanda police station where police officers who rushed to the scene managed to rescue his mother.

A week ago, four people were burnt beyond recognition in Bomokona village, Marani over suspicion of being witches.

Marani Sub County Deputy County Commissioner Patrick Muriira said all the four victims were women aged over 70. They were suspected of having bewitched a Form Two student. 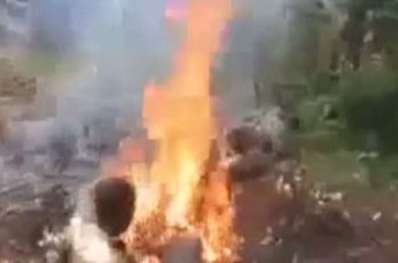 According to the police, the student was suddenly unable speak and villagers opted to initiate a process to identify the witches.

The student is said to have gained back his voice and named the four. This forced the irate villagers to storm each of the homes, killing them.

Police have arrested four suspects in connection with the lynching of the grannies.

“We can't have a society that believes in witchcraft and mob justice. The law must be applied accordingly,” Muriira said.

The killing of the four is just a statistic in the rising number of mob lynchings of elderly women who are said to engage in what villagers term as "black magic" in Kisii and Nyamira counties.