Two people have allegedly lost their lives following a deadly accident that occurred in Bomet. According to the reports given by a reliable source of information, it has been revealed that the accident which occurred today in the afternoon claimed two lives after a tractor Plunged in one of the rivers in the region. 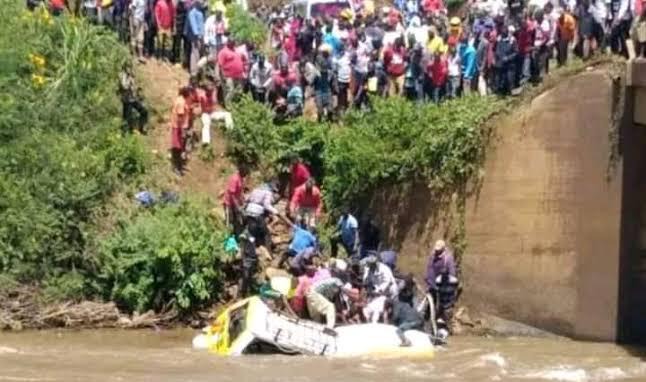 While reacting to this incident, kenyans who took to their different social media accounts to express their opinions and suggestions on the matter have called upon the government to consider repairing broken roads an bridges in order to reduce the increasing number of kenyans who are dying in rivers.

According to the reports given by most Kenyans, they claimed that it was so unfortunate that the government often waits for tragedy to happen in order for them to react and for this reason, kenyans called upon President Uhuru Kenyatta to look into this incidents before they get out of hand.

This is happening at the same time when the National Transport and Safety Authority has called upon kenyans to make sure they follow all the traffic rules and regulations in order to reduce the increasing number of accident related death that gas claimed lives all over the country.

Reports given by the NTSA has revealed that most of the accidents that have been occurring in the past few months have been caused by rogue drivers and road users who for one reason or another choose to disobey the rules and regulations set up by the government to reduce accidents.

Cheril... I don't understand why the government is yet to do something about the increasing rate of accidents in the country. This iz one of main reasons why Alot of people are dying all over the country. Them waiting for something to happen for them to take action. 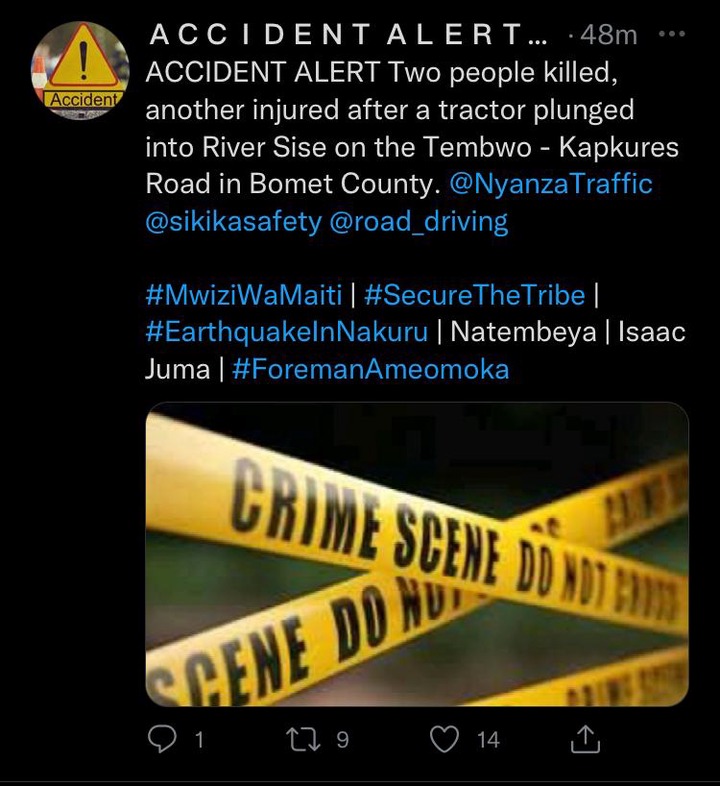 Jumwa Break Clears the Air on Her Relationship With Ruto

Governance consultant Kevin Osido says in 2022, the agenda does not matter, the gender matters