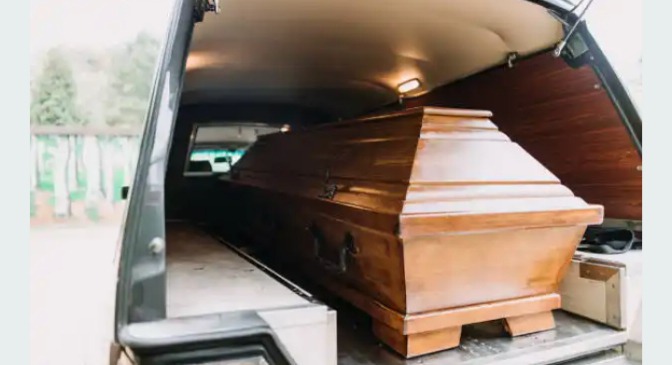 Reports of a hearse that was nabbed by detectives while carrying illegally brew minutes after transporting the corpse emerged online eliciting mixed reactions among Kenyans. 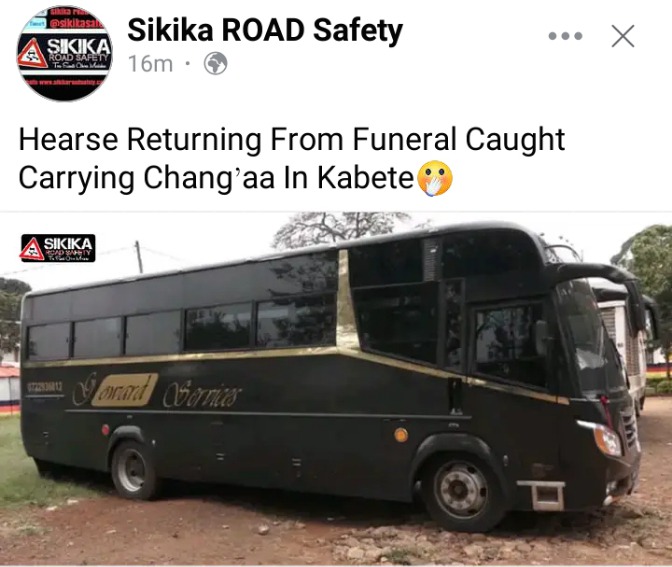 According to reports, police officers were on their normal routine of inspecting vehicles when they bumped into a bus belonging to a certain funeral home that was returning after transporting a corpse and mourners.

Police officers were shocked after noticing that the vehicle had been loaded 'Changaa' into the boot and inside the passenger's seats. The bus was nabbed at Kabete in Nairobi.

The driver of the hearse and several occupants were arrested and taken to Kabete police station for further questioning. Kenyans have reacted to the incident with many saying that such incidents are driven by high levels of employment and corruption.

Police officers have raised concerns about illegal contrabands being transported either by hearse or ambulance after taking advantage of not being stopped along the roads. 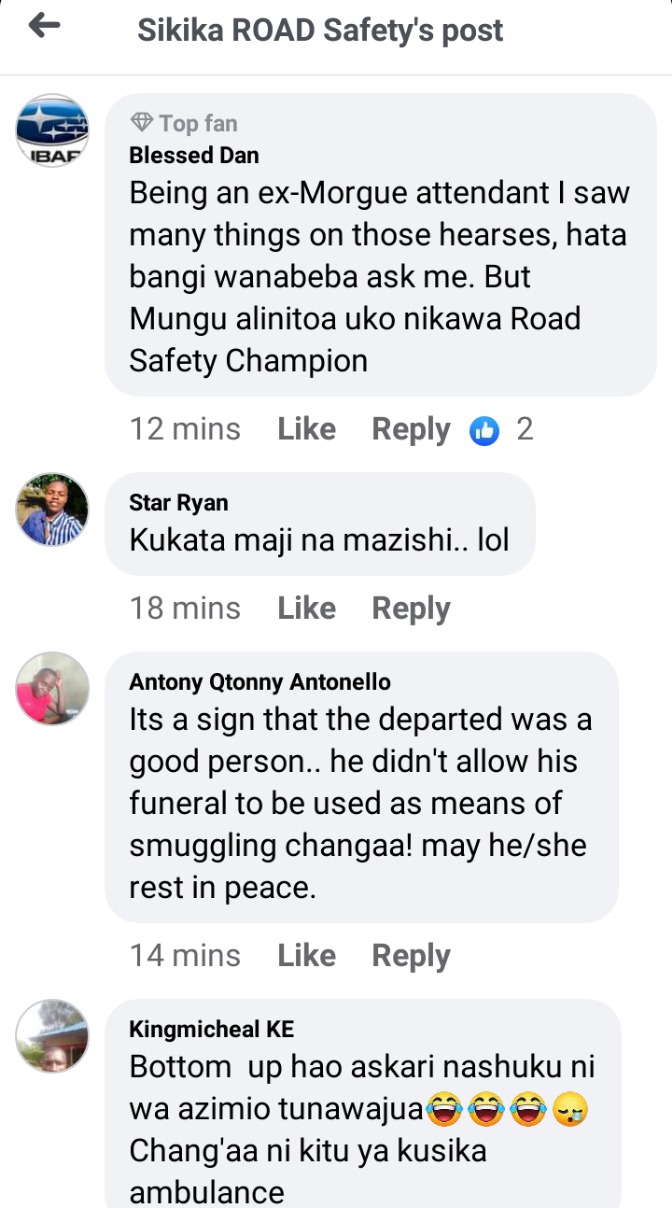 Signs that you are about to die

Habits For Fit People You Never Even Knew About

Apart From Maize Flour, What Is Causing The Price Of Other Basic Commodities To Rise?